Richard Grossman is a psychologist (ex-Massachusetts General Hospital/Harvard Medical School staff and teacher), essayist, playwright and the creator of the popular and life-saving Voicelessness and Emotional Survival website. Featured three times in New England Psychologist, his work has appeared in The Boston Globe, Boston Magazine, Cosmopolitan (UK), CBS News and other magazines, books and web sites.

Dr. Grossman's new book "Voicelessness and Emotional Survival: Notes from the Therapy Underground" describes the surprising voicelessness he experienced in the high-status (e.g., Harvard Medical School) professional psychology/psychiatry world, what he learned from it, and the resultant therapy he developed in order to help other people deprived of voice free themselves from destructive relationships. The book is available on Amazon.

Selected from over 400 plays written by New England playwrights, Grossman's 10-minute comedy, "Reality Book Group" was top-billed in The Boston Globe and performed at the 2012 Boston Theater Marathon. His play, "Suicide Squeeze--an existential crisis at third base" was produced as part of a special "Director's Workshop" program by the Drew University Theater Department on September 26 and October 1, 2016. Grossman's latest 10-minute play/musical, "Gagtime!" will be performed at the 2019 Boston Theater Marathon by the Centastage production company on May 19th, 2019.

Where to find Richard Grossman online 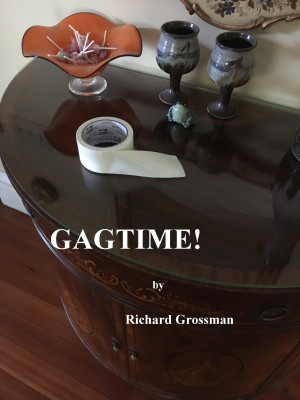 Gagtime! by Richard Grossman
Price: Free! Words: 1,050. Language: English. Published: June 13, 2019. Categories: Plays » American / African American
Ellen and Mike, a married couple, can’t stop talking about Donald Tr... (quiet!!!) no matter how hard they try. In the midst of their unsuccessful efforts, they are interrupted by a knock on their front door. Who could it be? The FBI? A 10-minute comedy directed and performed by Centastage/Emerson College Theater faculty members at the 2019 Boston Theater Marathon. 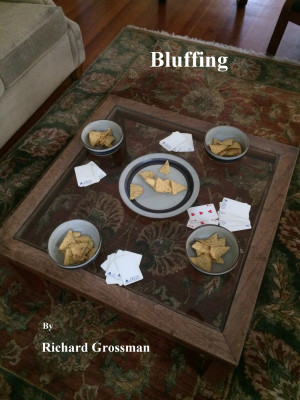 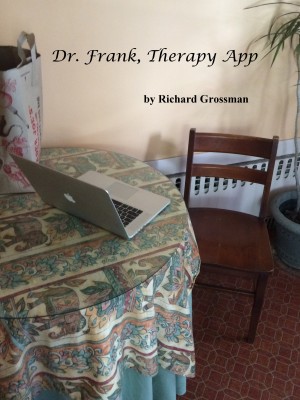 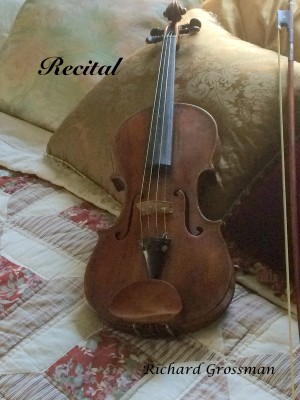 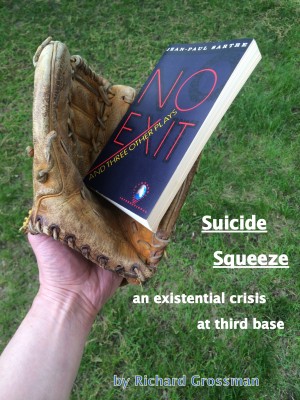 Suicide Squeeze: An Existential Crisis At Third Base by Richard Grossman
Price: Free! Words: 2,220. Language: English. Published: May 24, 2014. Categories: Plays » American / African American, Fiction » Plays & Screenplays » American
It’s the ninth inning of the last game of “Philosopher First Baseman” Johnny Banner’s long major league career, and Banner comes to bat. When he hits a triple and ends up 90 feet away from scoring the winning run, suddenly he’s overcome by the feeling: What’s next in my life? But nobody in the stadium seems to care. Well, almost nobody... SUICIDE SQUEEZE was produced and performed along... 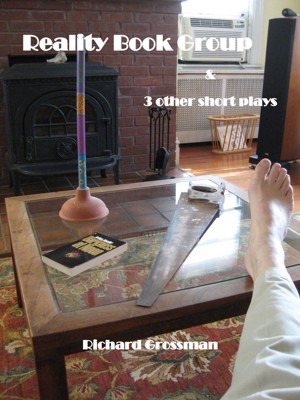 What’s more important, the book or the members? In "Reality Book Group," three college professors invite a book-loving ex-convict to join them. Selected from more than 400 plays written by New England playwrights, "Reality Book Group" was top-billed in The Boston Globe and performed at the 2012 Boston Theater Marathon. Plus 3 other 10-minute plays

You have subscribed to alerts for Richard Grossman.

You have been added to Richard Grossman's favorite list.

You can also sign-up to receive email notifications whenever Richard Grossman releases a new book.