A native of Southern California, Randy Mains served as a helicopter pilot in Vietnam from October 1968- to October 1969 where he flew 1042 combat hours and was awarded the Distinguished Flying Cross, twenty-seven Air Medals and the Bronze Star Medal.

Randy has flown helicopters in the Australian Outback living and working on a 1369 square-mile cattle ranch herding cattle by helicopter and delivering meat by fixed-wing aircraft to Aboriginal settlements in the Northern Territory.

He has flown over the jungles of Papua New Guinea and was a senior flight instructor for Bell Helicopter International in Iran prior to the Islamic Revolution teaching Western pilots the art of flight instruction. Fleeing the country on the last commercial charter out of Iran in 1979 he unwittingly became a pioneer in helicopter air ambulance in America striving to prove to a doubting American public and a skeptical medical community that the helicopter could save lives in peacetime as it had over the battlefields of Korea and Vietnam.

In 1982, Mr. Mains was selected to receive the first annual Golden Hour Award, recognizing him for his contributions to furthering the helicopter air ambulance concept in America.

Following his deep passion to become a writer, while working full time as chief pilot for Life Flight, Mains attended San Diego State University full time, earning a degree in Journalism and a minor in English Creative Writing. Mains’s first published article Life and Death—an EMS Pilot’s Viewpoint won Rotor and Wing magazine an award for editorial excellence that he was told by the editor, David Jensen, was the first literary award the magazine had ever won.

In November 1984, Mains was asked to join the faculty of the American Society of Hospital Based Emergency Aeromedical Services to speak on a panel of EMS pilots, The Go No Go Symposium, during the annual HEMS convention held in New Orleans that year.

In December 1984 Mains was offered a job in the Sultanate of Oman as a uniformed Major in the Royal Oman Police Air Wing to set up a country-wide HEMS system. Mains lived and worked in Oman for thirteen years flying as a line pilot and as the head of their flight training department.
Desperate to get the word out that if something was not done to stop the terrible HEMS accident rate back in America to put an end to more flight crews losing their lives, shortly after leaving San Diego to take the job in Oman, Mains set about writing his first book, a novel entitled The Golden Hour, published in 1989.

In 1989, while working in Oman, he began writing what would become his highly successful second book entitled, Dear Mom I’m Alive—Letters Home from Blackwidow 25 detailing his one-year tour in Vietnam as a combat helicopter pilot that has now been optioned to be made into a movie.

Mains was brought out of retirement two years later when he was recruited by a friend to fly a twenty-place Bell 214ST as a HEMS pilot for the king of Saudi Arabia in Jeddah off the king’s 500’ yacht which he did for three years.

Mains left Saudi to take a job with Abu Dhabi Aviation where he worked as a company type-rating instructor and flight examiner operating the 412 EP flight simulator in Dubai training and examining pilots for the company. A year ago his company was awarded a HEMS contract using Western pilots in Saudi Arabia and he was asked to write the SOP to set up the program over there.

He left the Middle East in January 2013 and is now the Chief CRM/AMRM (air medical resource management) Safety Instructor for Oregon Aero.

Mains is an activist for change in the HEMS industry where flying in a medical helicopter has become one of the most hazardous jobs in America. He is a keynote speaker, has written numerous magazine articles throughout his 44-year aviation career and has penned three books, two dealing with helicopter EMS in America.

He currently writes a monthly column for Rotorcraft Pro Magazine entitled, ‘My Two Cents Worth’.

Where to find Randolph Mains online 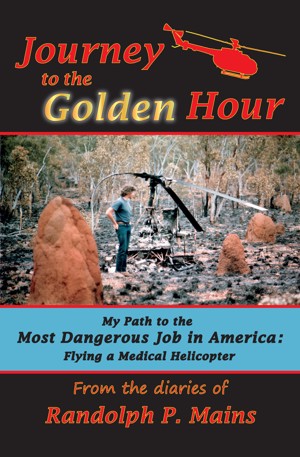 Journey to the Golden Hour—My Path to the Most Dangerous Job in America: Flying a Medical Helicopter by Randolph Mains
Price: $3.99 USD. Words: 94,400. Language: English. Published: September 6, 2012. Categories: Nonfiction » History » American
Journey to the Golden Hour is the sequel to Randy Mains’ highly successful second book Dear Mom I’m Alive. It follows his incredible journey to Australia, New Guinea, Iran, and back home again where he and six other dedicated ex-Vietnam helicopter pilots try to prove to a doubting public and skeptical medical community that the helicopter can save lives in peacetime just as it did in Vietnam. 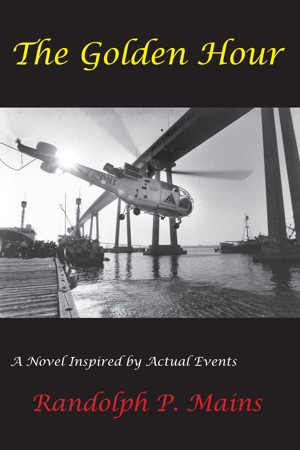 The Golden Hour by Randolph Mains
Price: $3.99 USD. Words: 70,730. Language: English. Published: September 6, 2012. Categories: Fiction » Adventure » Action
The Golden Hour is a novel based on fact; the first book written by a helicopter air-ambulance pilot and journalist on the subject of helicopter EMS. Randy Mains wrote The Golden Hour to act as a bellwether to say if the current practices and attitudes were allowed to continue more people would die, a warning that has sadly come prophetic. It is now the most dangerous job in America. 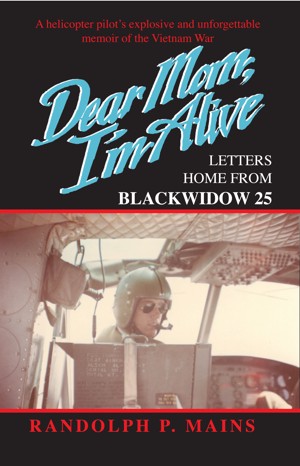 Dear Mom I'm Alive--Letters Home from Blackwidow 25 by Randolph Mains
Price: $3.99 USD. Words: 89,880. Language: English. Published: September 6, 2012. Categories: Nonfiction » History » War
Dear Mom I'm Alive is the unusually candid story detailing a young helicopter pilot’s right of passage during the height of the Vietnam War. Randy Mains is a man who is fiercely a-political but stanchly patriotic who struggles daily to get through his one-year tour of duty as a combat helicopter pilot with his humor and humanity in tact.

You have subscribed to alerts for Randolph Mains.

You have been added to Randolph Mains's favorite list.

You can also sign-up to receive email notifications whenever Randolph Mains releases a new book.