Richard Clark has written ten middle grade and chapter books, one of which, My Best Friend Is a Secret Agent, was published in Canada in June, 2019, by Indigo Press and Wattpad. It is a Heather’s Kids Pick and quickly became a Kids’ Bestseller. Previously, the book was on the Amazon and iBooks free kids ebooks bestseller lists for four years with over 100,000 downloads and over 75,000 reads on wattpad.com.

Richard has also worked extensively as a screenwriter and TV story editor, both in Toronto and Los Angeles. A graduate of UCLA and AFI, his credits include writing or story-editing over 150 produced TV scripts for shows broadcast on the Disney Channel, Nickelodeon, BBC, Netflix, CBC, CTV and many other domestic and foreign networks. He’s also developed shows for many production companies, written four TV movies for Showtime Networks, optioned several feature screenplays in Los Angeles, and worked as a director and editor. In 2010 he was nominated for both a Gemini Award (now Canadian Screen Award) and a Writers Guild of Canada Screenwriting Award, and in 2012 another WGC award.

In addition, Richard teaches screenwriting at Humber College in Toronto, and he wrote Scratch & Sniff, an interactive book app for kids.

Richard lives near Toronto with his wife and their 12-year-old twins… and he’s lived to tell the tale.

Specialties: Writing middle grade and chapter books. Writing and story-editing for youth-oriented TV and film, both live action and animation.

Where to find Richard Clark online 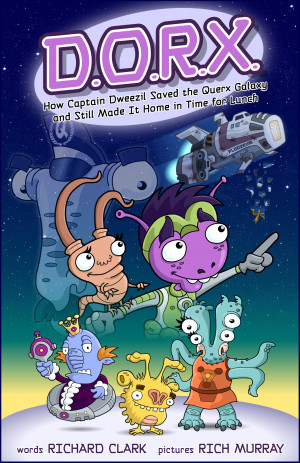 D.O.R.X.: How Captain Dweezil Saved the Querx Galaxy and Still Made It Home in Time for Lunch by Richard Clark
Price: Free! Words: 27,510. Language: English. Published: May 19, 2020. Categories: Fiction » Children’s books » Fiction, Fiction » Science fiction » Adventure
Welcome to the Querx Galaxy. 146,254,366 light years from Earth – and we should hope it stays that way. They need help. They need a guiding hand. They need… the D.O.R.X.! The D.O.R.X. meet their biggest challenge yet: saving the galaxy from a massive batch of Zortlax gone bad. Will they be up to the task… or will everybody’s favorite condiment lead to the destruction of the Querx Galaxy itself?! 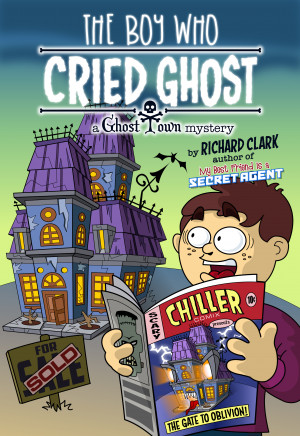 The Boy Who Cried Ghost: A Ghost Town Mystery by Richard Clark
Price: Free! Words: 28,400. Language: English. Published: October 19, 2018. Categories: Fiction » Children’s books » Paranormal, Fiction » Children’s books » Readers / Intermediate
9-year-old Peter doesn’t particularly like his family’s new house. He just can’t shake the feeling that the previous owner hasn’t moved out yet! But, being a fan of horror comic books, Peter actually starts to think it’s cool living in a haunted house. Not only that, the ghost actually starts to like Peter! But… does it like Peter so much that it wants to keep him trapped in the house… forever?! 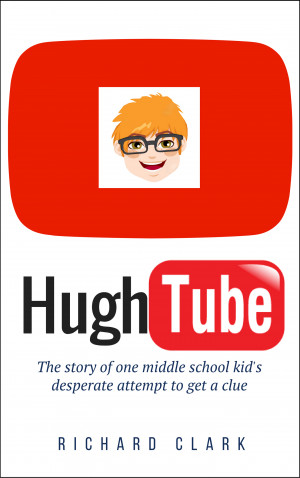 HughTube by Richard Clark
Price: Free! Words: 17,850. Language: English. Published: October 10, 2017. Categories: Fiction » Children’s books » Readers / Intermediate, Fiction » Children’s books » Social Issues / Self-Esteem & Self-Reliance
Hugh Hollenbeck doesn’t get, well, pretty much everything. So he records his entire life, then makes a video blog for all to see. Unfortunately, Hugh’s cluelessness leads him to run for Student Council President. This gets him the attention of the very intimidating Molly MacLaine. Will Molly help Hugh survive his disastrous campaign, or will he crash and burn – and bring the school down with him? 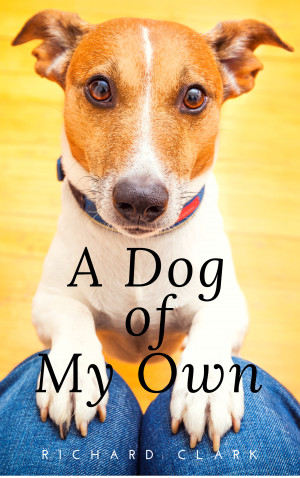 A Dog of My Own by Richard Clark
Price: Free! Words: 25,200. Language: English. Published: June 19, 2017. Categories: Fiction » Children’s books » Animals, Fiction » Children’s books » Readers / Intermediate
11-year-old Jonas Ridley loves dogs. Unfortunately, his mother won’t let him have one of his own. But one Christmas, Jonas gets the chance to RENT Rascal, the star of Jonas’s favorite movie, Canine Commando! Jonas and Rascal have a blast and really bond together. But when the movie studio has to take Rascal back, Jonas hatches a plan and becomes a real-life secret agent to rescue Rascal! 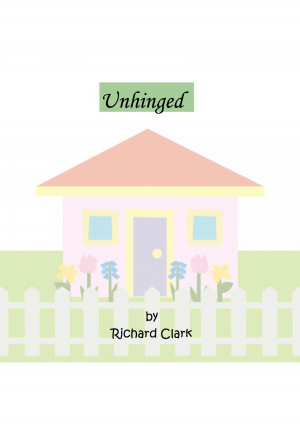 "Can you imagine a world without doors?" This sweet little picture book imagines how nice life would be if we didn't put barriers between us. For little ones everywhere!

You have subscribed to alerts for Richard Clark.

You have been added to Richard Clark's favorite list.

You can also sign-up to receive email notifications whenever Richard Clark releases a new book.