Now where do we start? We were going to list Crutch's achievements over the years — and there are many years — but unfortunately achievements are not quite as prolific.

He is decidedly vague over his early childhood which is probably just as well. His biggest triumph so far was probably in being born in the English town of Reading on July 6, 1946, shortly after World War II — a "bundle for Britain".

Crutch is somewhat guarded over his academic achievements although rumour has it he miraculously acquired an Honours Degree in Economics while studying in London. He thinks there might have been some administrative slip-up. This was the time of the Swinging Sixties although the "swinging" part appeared to bypass Crutch.

He arrived in Bangkok in April 1969 on au overland trip to Australia and has been here ever since. He finally made it to Australia 26 years later, suggesting a certain reluctance to make quick decisions.

His time in Bangkok has not been totally unproductive and in 1994 he won the Ayumongkol Literary Award. He also penned a screenplay for the film Kampuchea Express about which much was said, most of which unprintable. Suffice to say, it didn't win an Academy Award.

Some wonder how Crutch has managed to survive to such a respectable age. He claims the answer is good clean living, abstinence from all temptations, regular exercise, early nights and the ability to lie brazenly, especially in print.

Apart from "generally loafing about" his interests are most sports, primarily from the armchair, having hung up his football boots a couple of years ago much to the relief of his team-mates. For many years he was Sports Editor at the Bangkok Post.

Where to find Roger Crutchley online 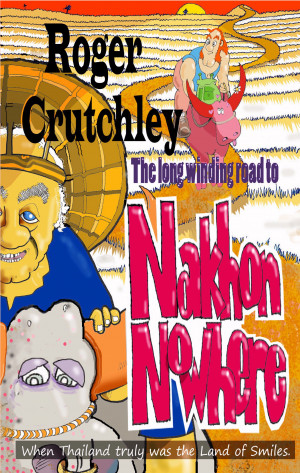 The Long Winding Road to Nakhon Nowhere: When Thailand Truly was the Land of Smiles by Roger Crutchley
Price: $9.99 USD. Words: 84,360. Language: English. Published: May 1, 2018 by Proglen. Categories: Nonfiction » Biography » Editors, journalists, & publishers, Nonfiction » Travel » By region
In January 1969, at the age of 22, Roger Crutchley set out from London on an overland trip to the Far East. After three months he found himself in Bangkok which was not on his planned route at all. Here he relates his eventful journey and the early experiences in Thailand, a kingdom he is still trying to figure out after working four decades on the Bangkok Post newspaper. 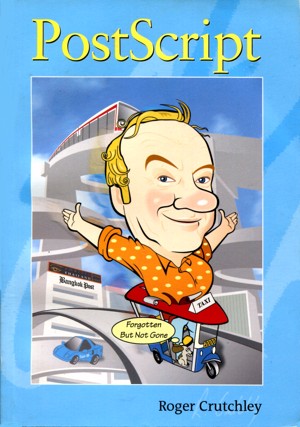 PostScript: Forgotten But Not Gone by Roger Crutchley
Price: $3.95 USD. Words: 36,540. Language: English. Published: October 30, 2013 by Proglen. Categories: Fiction » Humor & comedy » General, Nonfiction » Travel » By region
After his last book, PostScript, many thought Crutch would do the decent thing and consent to being put out to pasture without little more than a whimper. But you can't keep an old dog down and he kept on and on and on with his Sunday column in the Outlook section of the Bangkok Post. Well, it does good paper bag material after all.

You have subscribed to alerts for Roger Crutchley.

You have been added to Roger Crutchley's favorite list.

You can also sign-up to receive email notifications whenever Roger Crutchley releases a new book.