Born and raised in Canada, I spent much of my career in the United States working in recruitment, management and as an organizational specialist. I currently live in Sweden, with my wife and two cats.
I pen a crime thriller novel series, as well as geopolitical thrillers (with a twist) - including my signature series, The Out-Step Novels, as well as some general fiction.
I created and oversee an initiative called BEHIND CLOSED DOORS, the ambassador of which is SEE ME NOT, a story about child sex trafficking. This initiative puts the spotlight on global human trafficking as a criminal institution. I provide copies of my book at no cost to NGOs, non-profits, schools and groups who want to spread the word.
I also created International Writers Inspiring Change (iWIC), to spotlight authors around the world.
I am an activist for human and animal rights.
That pretty much keeps me busy - oh, and yeah, I love binge-watching good television series and reading.
https://reallaplaine.com/
https://writersinspiringchange.com/

What is your writing process?
I get an idea - and when it is a good idea, it excites me. That's when I know I have to write the story. When I do write, I write, start to finish, no editing, no changes, letting the story flow like a movie. I feel it, I engage myself in the world I am building, and I use a rough rule of thumb that if the story engages me, then I'm on the right track.
Do you remember the first story you ever read, and the impact it had on you?
Not sure which came first, whether it was The Hobbit, or A Canticle for Lebowitz, or even Orwell's 1984, but one of those or the combination of them, followed later in my teens by Richard Bach's Jonathan Livingston Seagull - planted a seed for my future writing.
Read more of this interview.

Where to find Réal Laplaine online

See Me NOT
An story of hope and courage, about a twelve-year old girl, sold into prostitution when she was eight. An American, travelling through India, comes across her and makes it his mission to free her, and goes up against the underworld of criminal traffickers in this exciting and inspirational story which reveals the sordid industry of sex trafficking.

The Deception People
Through a bizarre out-of-body experience, a man discovers a plot by high-ranking officials of the US government to launch another "terrorist" attack against America. He becomes the target of character- assassination, labeling him "delusional" and dangerous because of his claim and they lock him away in a psychiatric ward. With only days left to stop the attack, and only one person in the world who believes him, he manages to escape and becomes the most wanted man in America.

Dead but not Gone
Dead but not Gone is a thriller with a somewhat romantic and comedic edge, as Hollywood’s poster girl, Marilyn, wakes up from the dead 50 years after her death and tries to navigate her new and strange life. Her open crypt and missing body sets off alarms and people are already on her trail. Marilyn comes to realize that countless books and tabloids, published since her death in 1962, have claimed suicide as the cause. She writes a memoir to set the story straight and the real thrill begins.

Finding Agnetha
Morie Norris, a young boy, discovers a band called ABBA, which has been off the circuit for over thirty years. Inspired by the group’s music and thousands of ABBA fans who cheer him on, Morie contrives a plan. He runs away from his home in America and makes it to Sweden and manages to find his way to Agnetha Faltskog, the iconic blond singer from ABBA. Morie is now faced with the most difficult task of all, convincing the band members to perform in a live concert for the whole world to see.

The Buffalo Kid
After 31 years of living on the streets, homeless and destitute, 71 year-old John Ross, once a successful business and family man, gets a new lease on his life, when he meets a stranger who offers him a bizarre opportunity to discard his rags and poverty and to engage in a collaboration which could have profound effects on the future of humanity.

Twilight Visitor
When an energy-desperate China invades Iran to take their oil fields. It is an act of self-preservation which goes terribly wrong, as Iran retaliates by firing a nuclear warhead on Beijing. As world leaders stand helpless to stop the debacle, and as millions of people face inevitable death, one man, a bio-engineer who is vacationing in Portugal, meets a strange woman who informs him that he holds the key to stopping a global nuclear confrontation.

Earth Escape
An epic and thrilling space odyssey! A voyage to the stars, takes Jim Tale, the captain of the starship Evolution, on a metaphysical trek to the edge of the universe in search of a new home for humanity and the answers to our existence.

Keeno Crime Thriller Novels
High action, high-concept crime thrillers, the Keeno crime thriller novels are based on Canada's toughest crime fighter, Keeno McCole. Part Indian, part French, part Irish and and 100% attitude, this new lethal crime fighter and his team take on the big players in the criminal arena, taking them all over Canada and across the globe as they chase down their man.

WomanEX
Men abused their power. It's a woman's world now! An existential thriller that takes you into a dystopian world; a brutal exposé on the ills of a male-dominated power-structure.​​​​ 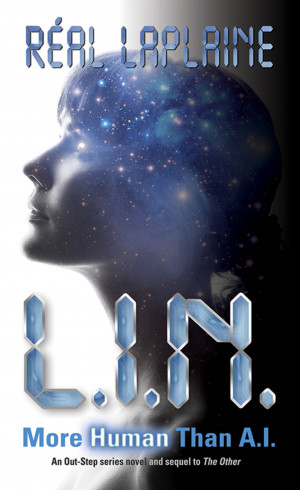 L.I.N. by Réal Laplaine
Price: $4.99 USD. Words: 63,800. Language: English. Published: May 7, 2020. Categories: Fiction » Thriller & suspense » Action & suspense, Fiction » Visionary & metaphysical
L.I.N. "More human than A.I." - in this, the 3rd book in the Out-Step Series, the reader is taken on a thrilling suspense ride as Kaetlyn O'Sullivan is challenged to remember her past life, in the desperate hope that if she does, she can help save over 9 billion people and billions of other creatures from an imminent extinction event as global warming reaches the point of no return. 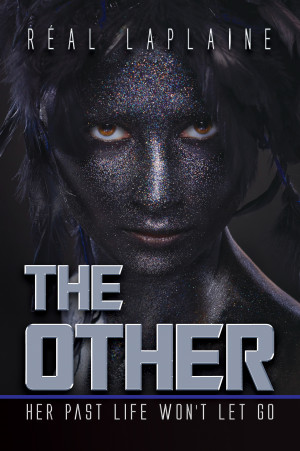 The Other by Réal Laplaine
Price: $3.99 USD. Words: 83,500. Language: English. Published: January 1, 2019. Categories: Fiction » Thriller & suspense » Psychological thriller, Fiction » Science fiction » General
What if the voice in your head was actually your past life calling to you? 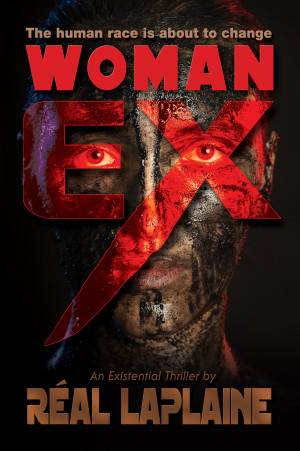 Woman EX by Réal Laplaine
Price: $3.99 USD. Words: 59,870. Language: English. Published: March 13, 2018. Categories: Fiction » Thriller & suspense » Action & suspense
Two cataclysms shift the global paradigm, one where men become an endangered species and women dominate. When Tanner McNeal and his intrepid space-jockeys arrive back to Earth after 16 years in space, they find themselves facing the challenges of the new Utopia and all isn't well. 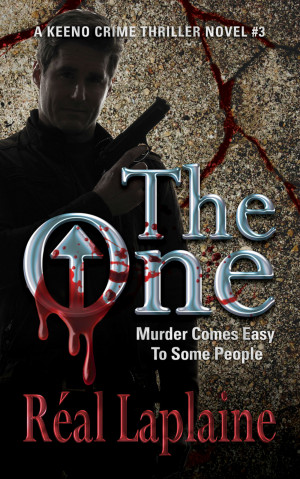 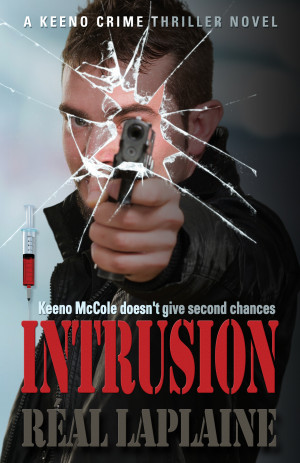 Intrusion - A Keeno Crime Thriller by Réal Laplaine
Price: $3.99 USD. Words: 79,270. Language: English. Published: April 2, 2017. Categories: Fiction » Thriller & suspense » Crime thriller
Intrusion – the first in the Keeno Crime Thriller series, introduces a new crime-fighter. At the age of four, Keeno McCole is forced to save his own mother from a brutal death by stabbing her attacker with a pair of kitchen scissors. The incident sets him on his path and by the time he is seven years old he has learned the art of survival and goes on to become the criminal's worst nightmare. 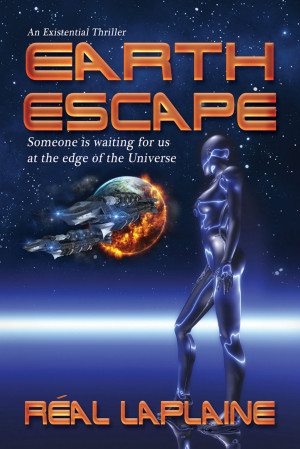 Earth Escape by Réal Laplaine
Price: $3.99 USD. Words: 97,070. Language: English. Published: March 6, 2017. Categories: Fiction » Science fiction » Hard sci-fi
In 2038, geopolitical powers are on the verge of war, nuclear weapons threaten our very existence and global consumption is depleting the Earth. Several nations band together to launch a mission to colonize the first habitable exoplanet, but no one bothered to ask the obvious question: "Is there someone else there already?" 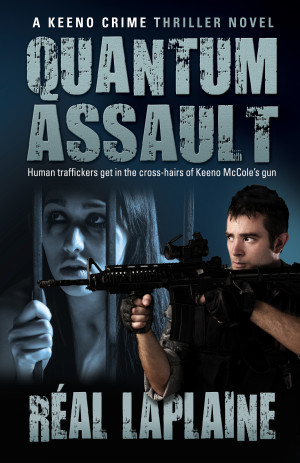 Quantum Assault - A Keeno Crime Thriller by Réal Laplaine
Price: $3.99 USD. Words: 74,660. Language: English. Published: March 6, 2017. Categories: Fiction » Thriller & suspense » Crime thriller
In this second book in the Keeno Crime Thriller series, Keeno McCole, head of the RCMP anti-terrorism-unit and Canada’s toughest crime-fighter, goes up against a human trafficking ring that is injecting young girls with a virulent nano-virus. As they follow the trail of dead bodies, Keeno and his team soon discover something terrifying, something that could kill millions and worse ... 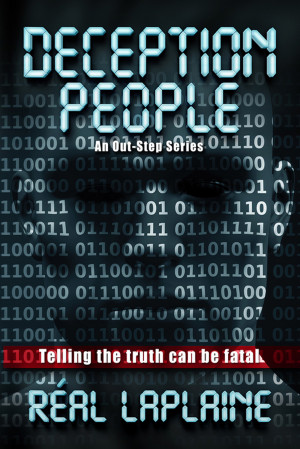 Deception People: "Telling the truth can be fatal" by Réal Laplaine
Price: $3.99 USD. Words: 44,370. Language: English. Published: March 6, 2017. Categories: Fiction » Thriller & suspense » Action & suspense
Troy Evans comes across a meeting where high-ranking US government officials and their corporate beneficiaries are planning an attack against the nation, one that will make 9/11 look like a walk in the park. Troy tries to expose them and becomes the most wanted man in America as he runs for his life and tries to find someone who will believe him. 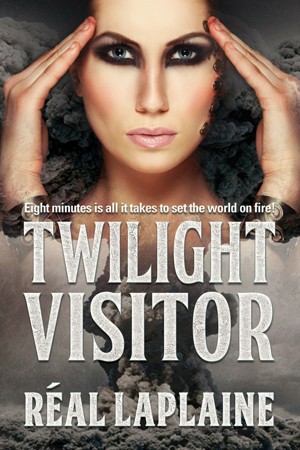 Twilight Visitor by Réal Laplaine
Price: $3.79 USD. Words: 56,540. Language: English. Published: March 6, 2017. Categories: Fiction » Thriller & suspense » Action & suspense
As a brutal war erupts on the other side of the globe, Mateus Cordozo, a bio engineer vacationing in Portugal, finds his solitude interrupted by the appearance of a beautiful but strange woman who informs him that he is to play a critical role in stopping an imminent global debacle and in changing the course of humanity. As the zero-hour nears,he must act before it is too late - but will he? 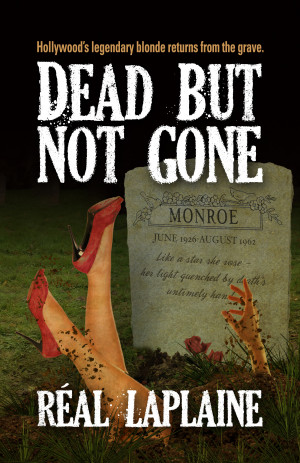 Dead but Not Gone by Réal Laplaine
Price: $3.49 USD. Words: 45,930. Language: English. Published: December 8, 2012. Categories: Fiction » Thriller & suspense » Supernatural
Hollywood's legendary blond, Marilyn, gets a second chance at life - fifty years after her death, only to find out that she is still being haunted by the ghosts of her past. 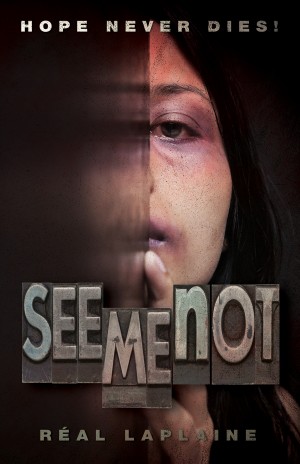 See Me Not - Hope Never Dies by Réal Laplaine
Price: $3.49 USD. Words: 25,760. Language: English. Published: August 30, 2012. Categories: Fiction » Thriller & suspense » Action & suspense
An eight year old girl is sold into a life of prostitution and for four years she endures sexual abuse at the hands of traffickers and men many times her age - until one day, a university student crosses her path and he decides to take on the criminal underworld in order to free her. A thriller, a book about courage and hope. 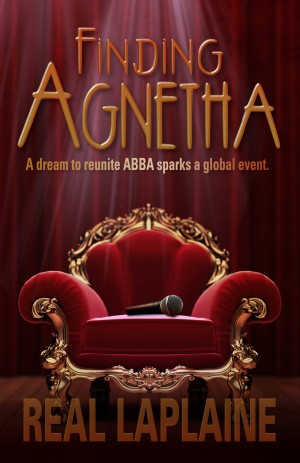 Finding Agnetha by Réal Laplaine
Price: $3.29 USD. Words: 37,470. Language: English. Published: August 30, 2012. Categories: Fiction » Adventure » General
Finding Agnetha is a story that will inspire ABBA fans and non-fans alike, when one person's dream to see the group back together again for a live worldwide persformance after nearly thirty years, touches the lives of many. A story that reminds us all that any dream is possible! 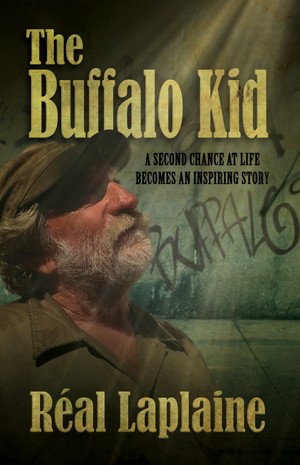 The Buffalo Kid by Réal Laplaine
Price: $3.99 USD. Words: 59,490. Language: English. Published: August 28, 2012. Categories: Fiction » Thriller & suspense » General
John Ross, a 71 year-old homeless man, has been walking the streets of his city for 31 years. His true identity is buried below years of grime, tattered clothing and a grizzly beard - so most either call him the Buffalo Kid, or just a bum. A broken man, but not a hopeless one, he leaves his cardboard hut one cold night and braves a blistering winter wind in search of food...

You have subscribed to alerts for Réal Laplaine.

You have been added to Réal Laplaine's favorite list.

You can also sign-up to receive email notifications whenever Réal Laplaine releases a new book.