Oct 2012:
I'm from Leeds, England originally, a former mechanical engineer and software geek, now an IT project manager. I have a Latvian wife and twin girls aged two, plus four older kids to age seventeen.

We emigrated to Riga, Latvia in June 2012 from the UK, mainly for better medical treatment for our daughter.

My second e-book is a political sci-fi thriller and novel length, to be published in three episodes of about 35,000 words each. It's stimulating to write and hopefully you'll love it. 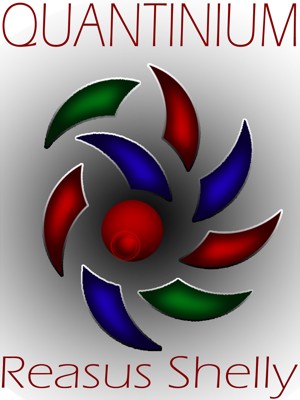 Quantinium by Reasus Shelly
Price: Free! Words: 24,990. Language: English. Published: September 6, 2012. Categories: Fiction » Science fiction » Adventure, Fiction » Science fiction » High tech
When humans discover Quantinium, a material to move matter into another dimension, they figured it was a done deal to get rich. Strange things start to happen and suddenly human-kind is faced with utter chaos, as nature tries to fix itself.

You have subscribed to alerts for Reasus Shelly.

You have been added to Reasus Shelly's favorite list.

You can also sign-up to receive email notifications whenever Reasus Shelly releases a new book.