GEDDY FRIEDMAN is a modern-day Polymath and Renaissance man. He was born in New York City and showed early signs of artistic ability and creative expressiveness, first as an award-winning artist, and then as a writer being published nationally with his very first poem at age nine. By his teens he was a self-taught drummer and embarked on expanding his writing talents into existential epic poetry.

Over the years Friedman has performed professionally across many spectrums as an artist, drummer, songwriter, producer, actor, photographer, blogger, editor, YouTuber, and fitness model, and has been featured on websites, radio, syndicated TV, and motion pictures, as well as in books and magazines. In 2004 he won the Editor's Choice Award at Poetry.com for a poem written years prior as a teenager. An avid libertarian, Friedman has also been a vocal proponent for the cause of liberty, sound money, and free markets, holding that a society where mankind is most free offers the greatest potential for economic prosperity and cultural advancement.

Now as founder and owner of his publishing company The Friedman Press, Friedman is the author of revolutionary works in various genres, all united by three common themes—to inspire personal growth, to seek the most beautiful, and to unlock truths leading to an elevated state of universal awareness. A true determined Polymath and Renaissance man of unwavering idealism, his larger-than-life writings take aim to pave the way for a new era of Renaissance.

Where to find Geddy Friedman online 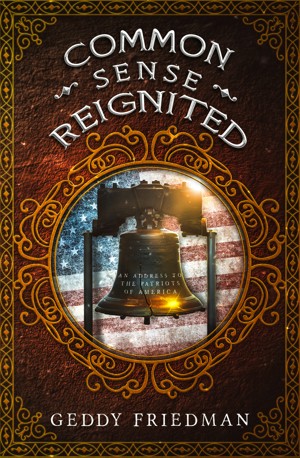 Common Sense Reignited: An Address to the Patriots of America by Geddy Friedman
Price: $7.76 USD. Words: 18,020. Language: English. Published: October 20, 2020. Categories: Nonfiction » Politics & Current Affairs » Activism
"COMMON SENSE REIGNITED" is a call to arms for all Patriots of America to break free from the concentration of tyrannical powers. Delivered in plain, yet eloquent language, this blazing tour de force captures the essence of 1776 and offers up revolutionary solutions through reasoned philosophy. Common Sense Reignited is the American Proclamation of the 21st century. 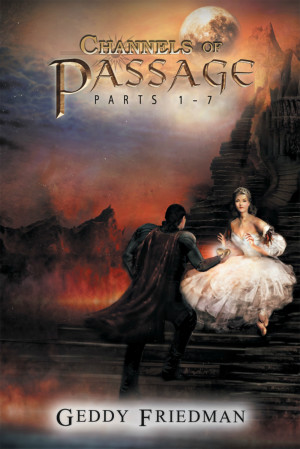 Channels Of Passage: Parts 1 – 7 by Geddy Friedman
Price: $7.99 USD. Words: 14,530. Language: English. Published: July 10, 2017. Categories: Poetry » Epic, Fiction » Anthologies » Poetry - general
The captivating poems of Geddy Friedman’s “Channels Of Passage” are carefully divided into seven romantically driven epics. Beautiful metaphors are used in the telling of this true story, exuding the poet’s rich depth of yearning and passion. Channels Of Passage is also conveyed through philosophical concepts and allegories. This is a must-have poetry collection for any dreamer or seeker of love.

You have subscribed to alerts for Geddy Friedman.

You have been added to Geddy Friedman's favorite list.

You can also sign-up to receive email notifications whenever Geddy Friedman releases a new book.