Rex Cutty refuses to provide any credentials for his "authority" as a supernatural and survivalist writer. "I'm here, aren't I?" he says. "You guys bury your head in the sand of 'reality' all you want to. Meanwhile, guys like me deal with what goes bump in the night. You'll believe me when you need me bad enough."

A somewhat shadowy figure with vague ties to agencies like the Centers for Disease Control in Atlanta, Cutty is an expert on both zombies and vampires. "The rotters are kinda the trailer park trash of the monster world," he says. "Them you can deal with. But vampires? They're social climbing, bloodsucking elitists. All about the politics with them."

Packing his books with useful survival information and a hearty dose of self-deprecating and sarcastic humor, Cutty says living through anything is about attitude and a decent sense of humor. "Man, you stop laughing? You're gonna start dying. Simple as that."

He readily admits that his survival tactics would work in a Hurricane Katrina situation as well as a full-on monster apocalypse, adding sagely, "And I don't know about you, but I'd a hell of a lot rather deal with zombies than those FEMA guys."

Cutty claims no affiliation to any political party or philosophy beyond just staying alive. "Tell yourself what you want to when you're out there trying to keep on breathing," he says. "Personally, I think the biggest horror we got going is the U.S. Congress, but I can't stake a Senator, no matter how much I might want to, so politics is no interest to me. If you can't fight the monsters, then I say move on."

Although vague about what he does for his "day job," Cutty likes to write in his personal bomb shelter. "I'm really not all that worried about the Commies pulling the trigger any more," he says, "but I inherited the place from my Granddad and it's a great place to get away and put my books together -- at least it is now after I added wifi and a sports package."

When asked about his next book, Cutty said, "Wouldn't you like to know."

Where to find Rex Cutty online 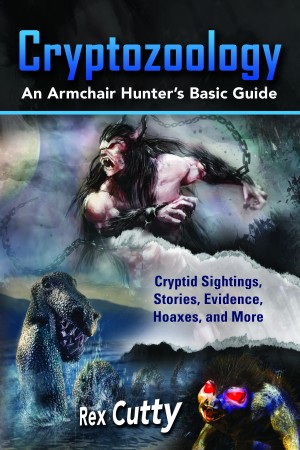 Cryptozoology by Rex Cutty
Price: $3.49 USD. Words: 21,120. Language: English. Published: March 15, 2016 by NRB Publishing. Categories: Fiction » Fantasy » Paranormal, Fiction » Science fiction » General
Even if you don’t know the word “cryptozoology,” you know some pretty famous cryptids already although you may not realize it. Creatures like Bigfoot, the Loch Ness Monster, and the Abominable Snowman are a huge part of our pop culture references, a fact that does make them more or less, “real.” Most people have some idea of what these creatures “look” like and some understanding... 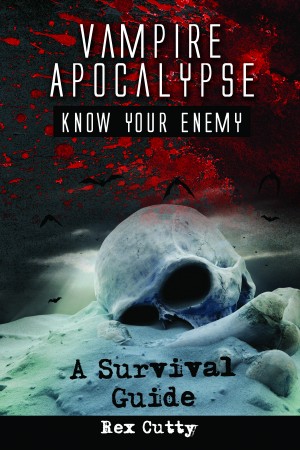 Vampire Apocalypse: Know Your Enemy. A Survival Guide. by Rex Cutty
Price: $4.49 USD. Words: 18,550. Language: English. Published: March 30, 2015 by NRB Publishing. Categories: Fiction » Horror » Undead, Fiction » Horror » General
But the one that people just insist on thinking is totally fiction in spite of all the evidence to the contrary is the fact that old and powerful immortal — or near immortal — beings walk among us. They’re called vampires. They exist in the shadows. They lead elite lives — and they have a political agenda.

You have subscribed to Smashwords Alerts new release notifications for Rex Cutty.

You have been added to Rex Cutty's favorite list.

You can also sign-up to receive email notifications whenever Rex Cutty releases a new book.