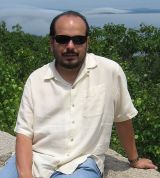 Ric Rodriguez was born in Cuba and raised on the mean streets of Elizabeth, New Jersey. He writes screenplays as well as fiction. Ric is not narcissistic enough to think you'd be interested in his personal life or interests.

If you like Ric's work, write a review and encourage others to read it.

Where to find Ric Rodriguez online

Red Meat by Ric Rodriguez
Price: $0.99 USD. Words: 13,230. Language: English. Published: July 9, 2011. Categories: Fiction » Horror » General
Steve is a handsome, successful man who has prospered despite coming from a troubled family. His only issue is his perfectionism, but it’s something he has under his control. But when he’s reunited with Willie, his morbidly obese brother, Steve begins to unravel. He can’t bare to see his brother kill himself with food, and he’ll do anything to stop him . . .

Experimental Dreams by Ric Rodriguez
Price: Free! Words: 3,900. Language: English. Published: June 20, 2011. Categories: Fiction » Science fiction » General
Desperate for money, a man volunteers for dream experiments. A mysterious creature begins to haunt his dreams. And then it crosses over into the real world.

Jason is a married man struggling with suicidal thoughts. He finds a secret space in his house which leads to some other place. It calls to him. But is it the answer to his problem or is it a doorway to Hell -- and to his self destruction?

A policeman moonlights as a watchman, guarding a mysterious, windowless building in the middle of the night.

Rico owes more money than he can ever pay back -- to a homicidal loan shark. The night before he is to be killed for his debt, Rico goes to a fortune teller, who agrees that he has no future. But the fortune teller offers him a chance to escape his fate. Rico takes the offer, but learns that there are many ways to pay a debt . . .

Atonement by Ric Rodriguez
Price: Free! Words: 4,350. Language: English. Published: April 7, 2011. Categories: Fiction » Horror » General
A man comes home from the Korean War and finds a job in the mental ward of a big-city hospital. There, he meets a man who has seen death and escaped it. But no one escapes death for long. "Atonement" was previously published in "The Edge: Tales of Suspense."

A man accidentally commits a crime so horrible that it makes him a social pariah. He escapes justice, but he can not escape his own conscience.

A young man befriends a coworker and subtly manipulates him toward personal disaster. But his plan eventually backfires. "Tyranny of Beauty" was previously published in "The Edge:Tales of Suspense." 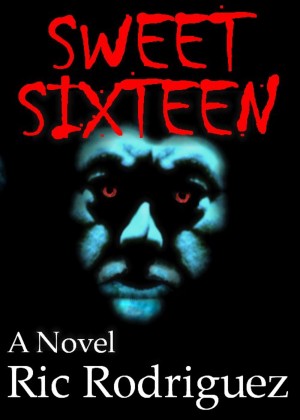 Trisha Stevens is an ambitious detective. Her dream is to partner with Miles Crawford on one of the high profile cases he's famous for solving. But when Trisha's dreams come true, her life turns into a nightmare she may not be able to escape from. Sweet Sixteen is a suspense novel you will not be able to put down. And the ending will leave you stunned.

You have subscribed to alerts for Ric Rodriguez.

You have been added to Ric Rodriguez's favorite list.

You can also sign-up to receive email notifications whenever Ric Rodriguez releases a new book.