Associate Concertmaster of the Minnesota Orchestra, Roger Frisch received his early musical training from his father, longtime Associate Concertmaster of the Pittsburgh Symphony Orchestra. He earned a bachelor’s degree from the Cincinnati Conservatory of Music, studying with Henry Meyer of the LaSalle Quartet, and a master’s degree from Indiana University, where he studied with the renowned pedagogue, Josef Gingold. Prizewinner of the Hermann Violin Competition and the Coleman International Chamber Music Competition, Frisch enjoys a wide-ranging career as soloist, chamber musician, pedagogue and orchestral player.

Frisch frequently appears as soloist with orchestras in this country and in Europe. His solo repertoire with orchestras in the past few years has included repertoire from Modern to Baroque: Korngold Concerto, Lark Ascending, Brahms Double Concerto, Dvorak Romance, Mozart Symphonie Concertante, Vivaldi Four Seasons, Bottesini Duo Concertante, Arvo Paart’s Fratres, along with many others. He made his Carnegie Hall solo debut with orchestra in April 1992 and during the 1994-95 season Mr. Frisch was Concertmaster of the Milwaukee Symphony. He will be performing both the Scottish Fantasy by Bruch and the Brandenburg Concerto No. 5 by Bach during the summer of 2012 at the MasterWorks Festival in Indiana.

A dedicated chamber musician, he was a founding member of the Minneapolis Artists Ensemble with which he recorded a number of 20th century chamber works in addition to a highly acclaimed recording of the Hummel Quintet. Since 1997 he has performed extensively throughout the United States and the country of Ukraine with the Kairos Trio, with flutist Michele Antonello Frisch and pianist Herbert Johnson. The Kairos Trio is dedicated in their performances to combining the performance of classical music along with the sharing of their Christian faith. In 2007 and again in 2008 he traveled to China for concerto appearances with orchestras in addition to recital performances, master classes and meetings with Christians in the underground churches.

Mr. Frisch has recently revised and reissued his book: “The Orchestra Audition: How to Prepare” available at Barnes and Noble, Amazon and other book sellers. As a sought-after coach of young musicians auditioning for professional symphony orchestras, he frequently gives seminars around the country addressing the techniques of audition preparation.

Mr. Frisch spends summers performing at a variety of music festivals. Along with a recent appearance at the MasterWorks Festival as soloist, he has appeared as violin soloist and faculty member at the Rocky Mountain Summer Conservatory and for five seasons was Concertmaster and solo violinist with the Wintergreen Music Festival in Virginia. He is presently on the faculty of Northwestern College, St. Paul, MN.

Where to find Roger Frisch online 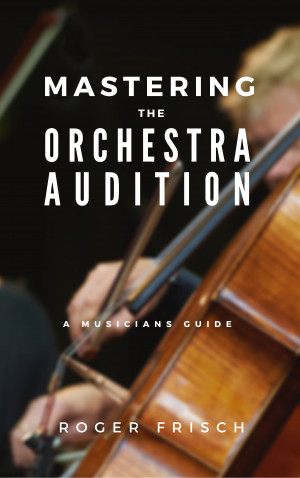 You have subscribed to alerts for Roger Frisch.

You have been added to Roger Frisch's favorite list.

You can also sign-up to receive email notifications whenever Roger Frisch releases a new book.