Hi.
my name is Ronald. I’m an author. First, let me take the time to say that I hope that all of you are doing well and that from very inspiring perspectives that life is looking up. I’m a writer of small books. I Like to write some that are general reading, some that are light comedy and romance, some that are poetry and short stories, and some that I call light and complimentary literature. My acknowledgments from these applications? I don’t want to take up too much of your time, but for the time that I do take up, I hope that you could have a good time. In my opinion, life is wondrous. It’s full of so many inspiring and joyful experiences. I would rather try to help inspire you to the furthering of what you hope could be exciting, rewarding and fruitful endeavors instead of hindering you from them. If you are a person who also likes to read a lot, and could joyfully get into reading more acquired from my efforts, I know, as an author, I have successfully achieved my goal. And then, for the thoughts of more love and joy, I hope that we could do more.

When did you first start writing?
Truthfully, I feel back in grammar school. I think a lot of us go through that phase. You be in school. You see a girl that you like. You write a poem and ask your peers to pass it to her. It just so happens that I came across someone who was not only nice, but also nice looking. She told me she enjoyed my poem. So, I continually wrote. (Laughing a little). Though I never got paid for it, I’ve had seven of my poems published in eight different publications. One that extended to a publishing company in the U.K. who started to work on publications in conjunction with some U.S. publishers.
Are you saying that it was your childhood sweetheart who got you into to writing?
(Smiling) Well——. I’ve got to answer that question on two fronts. 1) I started to write just to keep in the trend of my peers, and 2) To some degree, I would prob—ably— have to say yes. She told me it was something that she liked. I guess that I was kind of alright with writing. Back in the six grade there was this poem that I wrote. I showed it to my grandmother. She told me why don’t you try to get it published? She must have been right on Q about something. I didn’t get paid for it, but it got published. I think about that now. I wish that I had kept it and treasure it. It would be just so that I could now look back on it. You know how it is when you’re young and active. Most of the times, your mind is not objectively sound on focusing on what could be inspiring and futuristic endeavors. You just want to be out there having fun.

Oh—. And yeah——. I probably have to say that me not thinking about treasuring things like that could have in part happened because some of my friends and relatives knowing and unknowingly were jealous and envious of me achieving that height. Sometimes, I get flash backs about things like that. In part, I guess because some of them are older than me.
Read more of this interview.

Where to find Ronald Walker online

Chief Simms by Ronald Walker
Dramel Simms is the oldest of three siblings, his parents installed within him inspiring and humane perceptions of progress. His father who was in the armed services established his self as a highly sufficient clerk. He retired as a clerk who worked for the state department. His mother a devoted teacher also retired with honors of love and respect. After achieving an associate in liberal arts, He joined the police academy. Highly enthuse with the desires of establishing a safer haven for society, he excelled to higher levels of achievement. 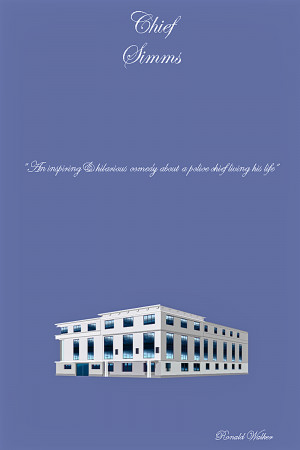 Chief Simms by Ronald Walker
Series: Chief Simms. Price: $1.99 USD. Words: 6,220. Language: English. Published: June 15, 2018. Categories: Fiction » Humor & comedy » General, Fiction » Inspirational
The success of dismantling a major crime syndicate makes some police personnel over relaxed and over confident. Of others, it makes them over zealous and enthusiastic to achieve great heights. Chief Simms acknowledging this works hard to restore the morale of his personnel. In this comedy of fascination, humor and intrigue, his style and wit make ways for some hilarious and fun-filled experiences.

You have subscribed to alerts for Ronald Walker.

You have been added to Ronald Walker's favorite list.

You can also sign-up to receive email notifications whenever Ronald Walker releases a new book.