I write fiction, memoir, and plays. My novel, Exuberance Is Beauty was selected as a Featured Story on wattpad.com It has been well received by the wattpad on-line community with over 33, 000 reads. Exuberance Is Beauty is a work of literary and historical fiction. The story is set in Portland, Oregon in the 1940s. It is the first in a series of five novels chronicling one family’s broken life as the result of early violence and trauma. In addition to the five book series, I’ve also authored two more novels and a memoir. All of my writing can be found under my pen name, Rose Gluck on wattpad and Amazon. In addition to writing fiction, I am also a playwright. Two of my plays were selected for staged readings by playwriting competitions in Oregon. Love Is Enough, a full-length play was The Portland Civic Theater Guild’s 2014 Fertile Ground Festival selection. A scene from my full-length play, If There Are Any Heavens was chosen by the the Hillsboro Artist Repertory Theater’s Promising Playwright’s Competition. I have two years Stanislavski actor’s training and was the Managing Director of The Vector Theater Company in San Rafael, California. I worked as a biographer for a criminal defense attorney. In addition, I hold a masters degree in education and am a doctoral candidate in educational leadership. I teach college courses in psychology and infant mental health. I maintain a website as a portfolio of my writing, donnabarrowgreen.com.

Where to find Rose Gluck online

If There Are Any Heavens Book Trailer
Rose Miller, a WWII widow living in Oregon in 1943 walks through her life, a ghost of her former self. She is stirred when handsome art professor Ed O'Neil, commissions her to design the flowers for his mother's funeral. After a few coincidental meetings, his intense attraction to her becomes known. When he makes an advance towards her, Rose accepts and they begin a love affair. When tragedy strikes, Rose turns to Ed and he is unwilling or unable to help her.

Exuberance Is Beauty Book Trailer
Oregon, 1940s: Eve Miller, a young war widow, rebels against the ordinariness of womanhood in the post-war era. Eve is enlightened as she succumbs to the sensual temptation of an adulterous affair. In its aftermath, Eve Miller’s life unravels and leads to unexpected violence and moral isolation. Exuberance Is Beauty, is a contemporary interpretation of Adam and Eve’s biblical allegory and Eve’s fall into desolation. - created at http://animoto.com

Atropa Belladonna Book Trailer
Eve has recovered from the devastating aftermath of an obsessive affair. She appears to have established a new life with a loving, surrogate family where she can raise her lover Jeff’s illegitimate son and secure her reputation. As she embarks on an independent life, Jeff writes to tell her he’s been recently widowed and asks Eve to marry him. After tragedy strikes again, Eve is drawn back into his orbit. She moves to Chicago and begins a life with Jeff.

Marvelous Error Book Trailer
Marvelous Error is the third in a five book saga chronicling the lives of Jeff and Eve Lambert. Part 1 begins in 1955 in the aftermath of a near fatal act of domestic violence. Part 2 begins eight years later. Jeff and Eve have lived completely separate lives following their divorce but that changes when a ghost from Jeff's past returns to haunt their 18 year old daughter Clara 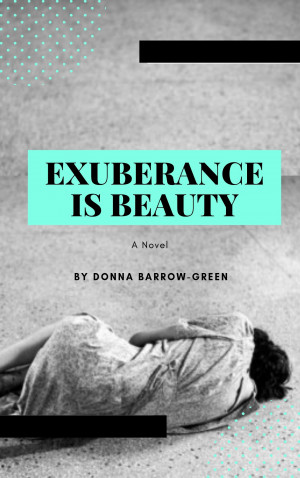 Exuberance Is Beauty by Rose Gluck
Price: Free! Words: 96,780. Language: English. Published: December 4, 2015. Categories: Fiction » Historical » USA, Fiction » Women's fiction » General
Oregon, 1940s: Eve Miller, a young war widow, rebels against womanhood in the post-war era. Eve is enlightened as she succumbs to the temptation of an adulterous affair. In its aftermath, Eve Miller’s life unravels and leads to violence and moral isolation. Exuberance Is Beauty, is a contemporary interpretation of Adam and Eve’s biblical allegory and Eve's repentance for her sins of the flesh.

You have subscribed to Smashwords Alerts new release notifications for Rose Gluck.

You have been added to Rose Gluck's favorite list.

You can also sign-up to receive email notifications whenever Rose Gluck releases a new book.