I am a freelance writer and beer league hockey player. I'm the author or editor of 15 books, including one novel. I'm an at-large writer and editor for The Hockey Writers, and I work as a senior writer for a media company that operates several health-related web sites; for them, I write about cancer, diabetes, and mental health issues. Although I've published several hockey-related books and one book about baseball, I'm not a sports fan-- just hockey crazy, as it should be.

How do you approach cover design?
The cover for Modern Hockey Quotations, as well as for the four hockey quote books I published last year (on Lemieux, Yzerman, Roy and Modano) are the first covers I designed myself. For the previous four, I had a simple design idea but needed a graphic designer to actually turn my poor renderings into large pixel covers. This time, for 'Modern...' I licensed photos from Icon Sportswire and looked for the photo that just 'felt' right. From there, I lost an entire night to learning Photoshop, and searched for font that would kinda, sorta resemble the etchings in the Stanley Cup, without being too obvious. Putting some Montreal Canadiens on the cover was a good decision with regard to the masses of active Montreal fans out there, and it was not a bad decision for the majority of other non-Montreal fans out there, but of course it's a disaster with regard to Boston Bruins fans. But that would be the case no matter what. Even putting a player on the cover who is almost universally respected-- like Jonathan Toews-- would still have alienated people who hate the Blackhawks.
What are your five favorite books, and why?
"The Arcanum" by Janet Gleeson. She tells the history of Porcelin, and you have no idea how exciting it really is.

"The Secret History of the War on Cancer" by Devra Davis. Among other things, this book helped me quit smoking.

"Middlesex" by Jeffrey Eugenides and "Rabbit Redux" by Updike as well as most Graham Greene novels.

Where to find Ross Bonander online 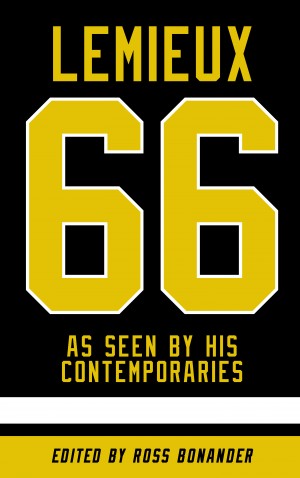 Mario Lemieux As Seen By His Contemporaries by Ross Bonander
Price: $2.99 USD. Words: 7,490. Language: English. Published: June 23, 2015. Categories: Nonfiction » Sports & outdoor recreation » Hockey, Nonfiction » Reference » Quotations
There are a special few athletes whose accomplishments leave us breathless, shaking our heads in amazement, wondering how they do what they do, and leaving us left with descriptions that seem like hyperbole but still manage tell the truth. Mario Lemieux is one of those unique athletes. All hockey fans can enjoy this tribute to arguably the most dominant player in hockey history, No. 66. 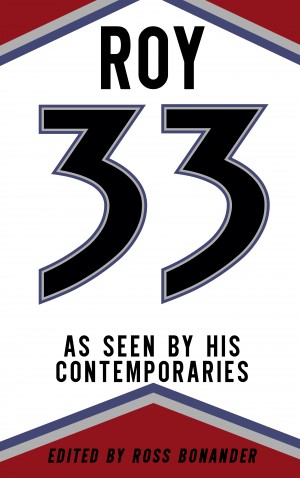 Patrick Roy As Seen By His Contemporaries by Ross Bonander
Price: $2.99 USD. Words: 7,290. Language: English. Published: June 23, 2015. Categories: Nonfiction » Sports & outdoor recreation » Hockey, Nonfiction » Reference » Quotations
Patrick Roy developed a reputation for confidence, for clutch goaltending, and for demanding excellence from himself and his teammates. This book features Roy as seen through quotations from the players, coaches, and writers who were there as Roy proved himself one of the greatest goalies in hockey history and the most influential goalie of his generation. 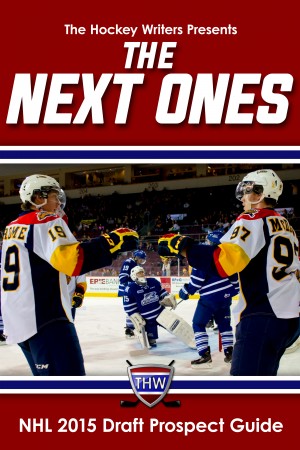 The Next Ones: NHL 2015 Draft Prospect Guide by Ross Bonander
Price: $0.99 USD. Words: 76,710. Language: English. Published: June 3, 2015. Categories: Nonfiction » Sports & outdoor recreation » Hockey, Nonfiction » Reference » Personal & Practical Guides
Making the most of their own viewings of these prospects coupled with the experience and acumen of several of the game's most respected amateur scouts, The Hockey Writers present the NHL 2015 Draft Prospect Guide, an extremely affordable and very convenient way for hockey fans to quickly learn more about the players drafted by their favorite teams in late June. 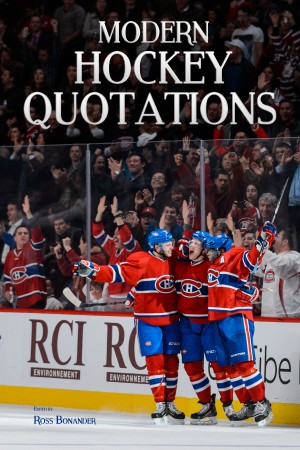 You have subscribed to alerts for Ross Bonander.

You have been added to Ross Bonander's favorite list.

You can also sign-up to receive email notifications whenever Ross Bonander releases a new book.