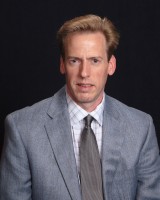 Charles W. McDonald Jr. was born in Oklahoma City, raised in Norman, Oklahoma, and is a graduate of the University of Oklahoma with a BBA in Management Information Systems and a Minor in Economics. He also has a background in Aerospace Engineering and High Availability Systems Engineering. Honorably discharged from the United States Air Force Reserves, he also has a background in the armed forces. He lives with his wife, Brandy L. McDonald, in Roanoke, TX.

In the summer of 1995, Charles read every available book on the Wheel of Time by Robert Jordan in a couple of weeks, and later that same July awoke in the middle of the night from an incredibly immersive dream. Charles began writing, by hand, everything he could remember from that dream which became the outline for the story of A Throne of Souls. Very shortly afterwards, Charles wrote Robert Jordan directly, looking for advice and inspiration for his own work, and Robert Jordan personally responded in a three-page letter, encouraging Charles to tell his story in his way, in his voice, and in his time. The completion of A Throne of Souls is a deeply personal mission for Charles to thank the spirit of Robert Jordan.​

A Throne of Souls by Charles McDonald, Jr
We, the seeds of Humanity, are all the descendants of hardened criminals, fighting to survive the unmaking of A Throne of Souls. Magic and technology have already met on a world far more advanced than our own only to dispense their most dangerous and hardened criminals, for magic has been outlawed. Their descendants—us, here on Earth, along with the rest of Humanity—are now left to grapple with a Creation undone at the hands of an outlaw mage whose Master Plan affects the seeds of Humanity throughout the known Universe. This outlaw—this Dark Knight of Magic—must accumulate immeasurable power to thwart the fork of consequences that brought forth the making of A Throne of Souls. This story, this execution of his Master Plan originating centuries into the past, begins and ends with a triad of pivotal relationships and evolves through his understanding of his own soul. Within the Master Plan, the dichotomy between hate and hope, across a landscape far beyond epic, is illustrated through vibrant characters developed over two-and-a-half decades. 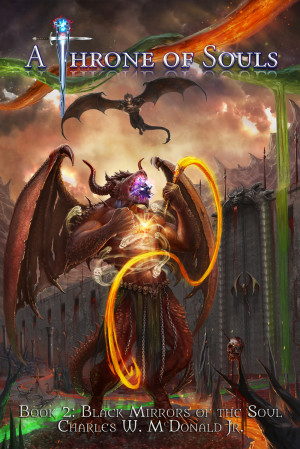 Black Mirrors of the Soul (Book 2 of A Throne of Souls) by Charles McDonald, Jr
Price: $2.99 USD. Words: 166,120. Language: English. Published: April 11, 2017. Categories: Fiction » Fantasy » Epic, Fiction » Science fiction » Apocalyptic
We, the seeds of Humanity, are all the descendants of hardened criminals, fighting to survive the unmaking of A Throne of Souls. 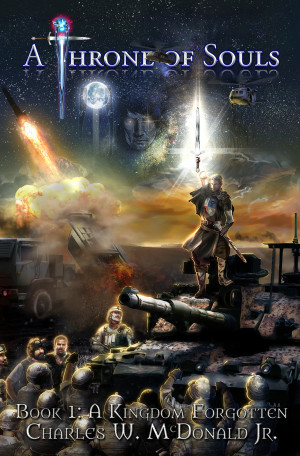 You have subscribed to alerts for Charles McDonald, Jr.

You have been added to Charles McDonald, Jr's favorite list.

You can also sign-up to receive email notifications whenever Charles McDonald, Jr releases a new book.