Ralph Holiman, Jr. recently retired from a long career in federal law enforcement. After graduating from law school in 1984, Holiman worked as an assistant district attorney and assistant attorney general before applying and being appointed as a Special Agent with the FBI in 1988. In the FBI, Holiman was assigned to Dallas, Texas where he was in a squad tasked with investigating the large Mexican drug smuggling cartel known as the Gulf Cartel, headed by Juan Garcia-Abrego.

In 1991, Holiman was appointed as a Special Agent with the U.S. Drug Enforcement Administration (DEA). In the DEA, Holiman investigated large and small drug trafficking organizations, working undercover in New Orleans, Baltimore, and Miami (and several other third world cities!).

Some of the organizations he worked on or supervised while with DEA were the Sinaloa Cartel (Joaquin "Chapo" Guzman), the Gulf Cartel, and the Los Zetas. While in Miami, Holiman was one of the agents assigned to guard Max Mermelstein, during the trial of Fabio Ochoa, one of the original members of the first cartel, the Medellin Cartel.

In 1996, Holiman was assigned to anti-terrorist duty on an ID Team attached and loaned out to the Georgia Bureau of Investigation (GBI) where he spent seven weeks preparing for and at the 1996 Olympics. While there, he worked the scene of the Eric Rudolf Centennial Park bombing investigation.

In 2004, Agent Holiman was promoted and became the Resident Agent in Charge (RAC) of the DEA office in Gulfport, MS. While serving there the office was destroyed in August 2005 by Hurricane Katrina and had to be rebuilt. In the months that followed, the office was conducting wiretaps on a large international Mexican drug trafficking organization out of a house trailer set up in a local Wal-Mart parking lot (known at the time as the Wal-Mart Resident Office in the DEA).

In August 2010, Holiman retired, and spent six months sailing the Bahamas on his 42 foot sloop, before returning to work as a state investigator.

Agent Holiman has worked in twenty different states and in nine different foreign countries. When not working as an investigator, he writes novels and short stories for fun and profit. 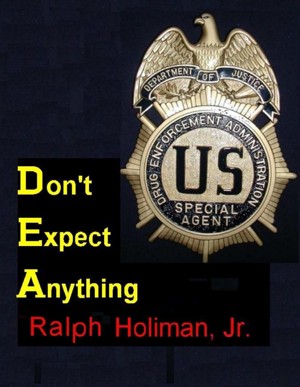 It's 1994 and somebody is killing and robbing drug dealers in The Big Easy. When DEA agent Richard Holliday is called out to a marsh outside of New Orleans to the scene of a shootout where two local cocaine dealers have been murdered, he has no idea of what he is about to step into. For these are no ordinary murders and no ordinary suspects. 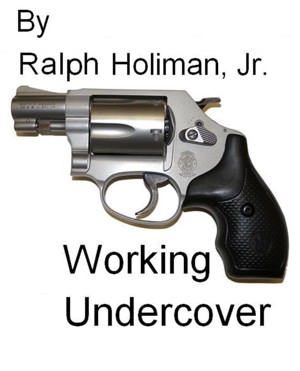 Working Undercover is a true short story about a DEA agent going undercover in New Orleans in 1992 to buy five kilograms of cocaine.

You have subscribed to alerts for Ralph Holiman.

You have been added to Ralph Holiman's favorite list.

You can also sign-up to receive email notifications whenever Ralph Holiman releases a new book.