Robert Corrado grew up in a small town in the California foothills reading comic books and science fiction novels, muddling through pen and paper role-playing games, and filming amateur action shorts on his neighbor’s VHS camcorder. He currently resides in Denver Colorado. He’s always been a big dreamer, starting his own business at the age of 21, and pursuing creative projects throughout his life in a variety of mediums. He enjoys reading novels, watching films, skiing, dancing and karaoke with his wife Karen, and spending time with his Jack Russell Terrier, Joey. He has been writing creatively since grade school and shows no signs of stopping. Some of his favorite books are 1984, Jennifer Government, and just about anything by Phillip K. Dick.

Where to find Robert Corrado online 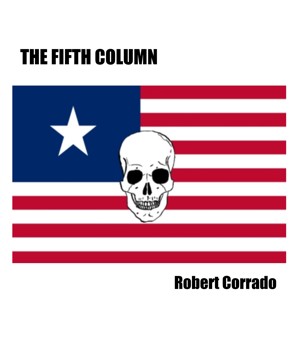 The Fifth Column by Robert Corrado
Price: $1.99 USD. Words: 110,380. Language: English. Published: November 12, 2013. Categories: Fiction » Science fiction » Utopias & dystopias
The Fifth Column is an adult dystopian novel by Robert Corrado. It follows the story of Pedro, a teenage boy, and his family and friends, as they struggle to survive in America's future police state. Social commentary, and moral dilemmas are explored along with some pulse raising action.

You have subscribed to alerts for Robert Corrado.

You have been added to Robert Corrado's favorite list.

You can also sign-up to receive email notifications whenever Robert Corrado releases a new book.