Russell Steel was born in Dundee in 1964 and was brought up in Monifieth. His first job was as a bingo caller at the Regal in Broughty Ferry, becoming well known amongst the older generation frequenting the hall. As a young man he joined the civil service and became an Officer of HM Customs and Excise, leading an anti-smuggling team in the north of Scotland. Following the closure of many of the Customs stations around the country, he transferred back to Dundee getting a job in the I.T. section.
Russell is married with one grown up son and likes to play guitar and golf. In both endeavours he says: "I'm good enough to know that I'll never be any good!"
His first novel, Bad News 1. The Warning, will be followed by another two books to complete the trilogy.

Where to find Russell Steel online 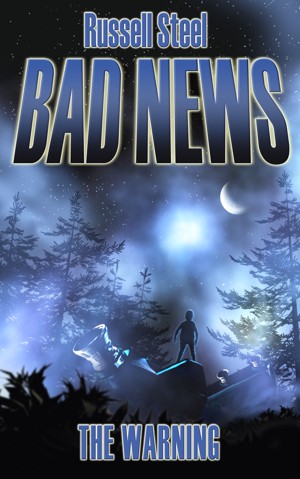 Bad News 1. The Warning by Russell Steel
Price: $2.99 USD. Words: 102,410. Language: English. Published: December 1, 2012. Categories: Fiction » Science fiction » Adventure
An alien craft crashes in Tentsmuir Forest, Scotland. Its occupant brings a dire warning to the people of Earth. A fleet of warships will descend on our planet in 17 years to exterminate the entire human race. The people of Earth must unite to prepare for the oncoming invasion in a desperate race against the clock. Will 17 years be time enough to succeed? At least we have been given 'The Warning'

You have subscribed to alerts for Russell Steel.

You have been added to Russell Steel's favorite list.

You can also sign-up to receive email notifications whenever Russell Steel releases a new book.