James R. Vernon was born and lives on the planet Earth. He holds a degree in teaching mathematics in junior and high schools, which has zero influence on his writing. Instead he has spent as much time as possible, from a time when he could handle somewhat complicated words, reading and enjoying fantasy novels.

Often stuck in long commutes for his job, James's imagination was free to create new worlds and stories. Through the assistance of family, friends, and some generous backers, James has been able to pursue his dream of sharing his stories with more then just the characters he has created.

When not writing, he can usually be found with those he holds most dear, teaching those that put more white in his hair every year, losing money playing poker, losing time in a good book or song, or completely lost in his own mind.

Oh, and obviously he tries to enjoy life as much as he can.

Where to find James Vernon online 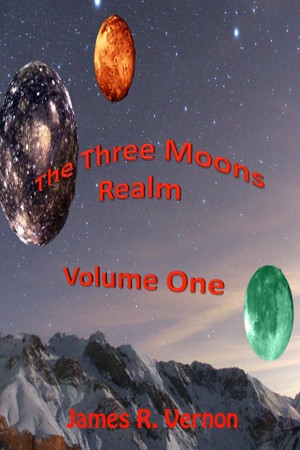 You have subscribed to alerts for James Vernon.

You have been added to James Vernon's favorite list.

You can also sign-up to receive email notifications whenever James Vernon releases a new book.