UK-based science fiction author Ryan A. Span is the creative mind behind the popular online cyberpunk serial Street. Ryan runs the Woods writing group on the Gryphonwood forums, and aside from reading and writing he is a dedicated (and deadly!)sport fencer. His Street trilogy so far consists of Empathy, with Clairvoyance to be released in 2009.

Where to find Ryan A. Span online

Street by Ryan A. Span 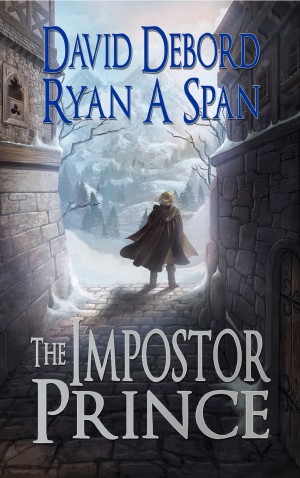 The Impostor Prince by David Debord & Ryan A. Span
Price: $2.99 USD. Words: 125,010. Language: English. Published: January 13, 2016 by Gryphonwood Press. Categories: Fiction » Fantasy » Epic, Fiction » Young adult or teen » Fantasy
From gutter to glory! Killing a man in the heat of the moment, violating a sacred peace among the criminals of Ralon's Bend, a young thief called Joren sets off a chain of events he could never have imagined. Banished from his home. Caught up in the political intrigue of nations. 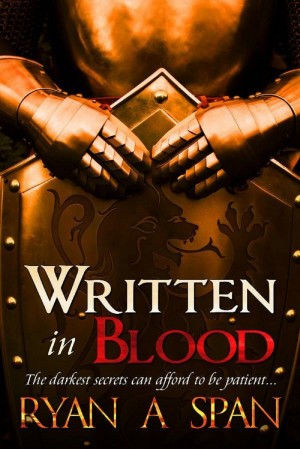 Written in Blood by Ryan A. Span
Price: $2.99 USD. Words: 174,450. Language: English. Published: December 21, 2015 by Gryphonwood Press. Categories: Fiction » Fantasy » Dark, Fiction » Fantasy » Epic
Karl Byren has fallen a long way since his youth in the King's Army. Washed up, reduced to mercenary work and alcoholism, he scrapes out a living as a 'Contractor,' a kind of hired bodyguard for whom the job is more important than his life. When a new contract falls into his lap, at first it seems like any other... Until it becomes clear he wasn't hired for his skill as a soldier, but for what he 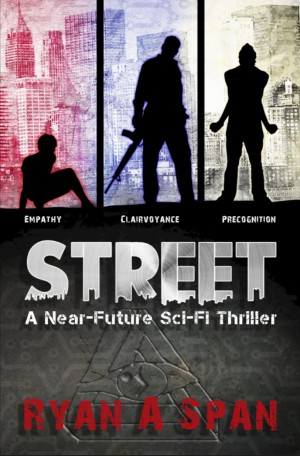 The Street Trilogy- Omnibus Edition by Ryan A. Span
Price: $5.99 USD. Words: 329,980. Language: English. Published: November 4, 2015 by Gryphonwood Press. Categories: Fiction » Science fiction » Cyberpunk, Fiction » Science fiction » Utopias & dystopias
It's never quite dark on the Street of Eyes, but the shadows there grow large and deep. You go to find a job. There's no telling if you'll be coming back. Street is a Science Fiction trilogy set on a future Earth not so different from the one we know. 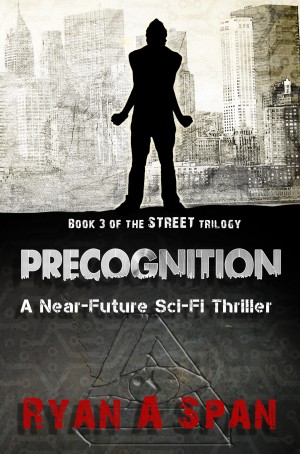 Street- Precognition by Ryan A. Span
Series: Street, Book 3. Price: $3.99 USD. Words: 115,940. Language: English. Published: November 21, 2013 by Gryphonwood Press. Categories: Fiction » Science fiction » High tech, Fiction » Science fiction » Utopias & dystopias
Despite shaking the Federation off their trail, Gina Hart and her allies get no time to rest. To understand what's going on in the present, they are forced to delve deeper into a dark past, uncovering knowledge which has been hidden since the birth of the Federation. Knowledge which may help prevent a nanorobotic doomsday weapon which threatens to destroy the world and the future as they know it. 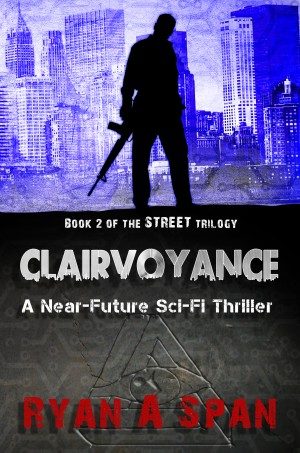 Street: Clairvoyance by Ryan A. Span
Series: Street, Book 2. Price: $2.99 USD. Words: 113,900. Language: English. Published: August 12, 2010 by Gryphonwood Press. Categories: Fiction » Science fiction » General, Fiction » Science fiction » High tech
Stranded in a hostile country, separated from her friends, and haunted by terrible visions, telepath Gina Hart is in a bad position. Worse, she might be the only one capable of stopping an all-out war between the people who want her for their own purposes. Now it's just a question of how much more she can take. The acclaimed STREET trilogy continues in this thrilling second installment. 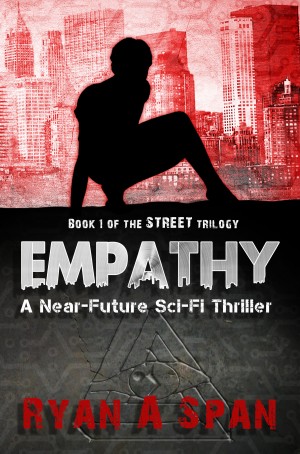 Empathy by Ryan A. Span
Series: Street, Book 1. Price: Free! Words: 106,590. Language: English. Published: March 3, 2009 by Gryphonwood Press. Categories: Fiction » Science fiction » General
In the future, telepathy is no longer a fantasy; it's a job. Gina is a woman with no future trying to make her way on the Street of Eyes, where people go to hire the desperate and the suicidal for their unique services. She is one of the new underclass, who use "Spice"- a powerful drug that gives them the ability to read minds. The drug has only one downside- it drives the user insane.

You have subscribed to alerts for Ryan A. Span.

You have been added to Ryan A. Span's favorite list.

You can also sign-up to receive email notifications whenever Ryan A. Span releases a new book.