Sabri Bebawi, born in 1956 in Fayoum, Egypt. He attended law school at Cairo University. He left Egypt for the United Kingdom. Oxford University invited him during the fourth and last year of Law School. He never returned to Egypt. A few years later, after living and working as a journalist in England, Italy, France, and Cyprus, he took political refuge in the United States. He has been teaching ESL, English, Journalism, and graduate Educational Technology courses. He studied for more graduate work at UCLA and got a PhD degree in Philosophy, English Education and Distance Learning from Capella University.

Although English is his third language, Bebawi has published many articles, books, and essays on eclectic topics. It has always been his ambition to write novels. This is his second try; his first has been successful; God on Trial has won several awards including a British Literary Award in 2015. That English is a third language to Bebawi, writing a novel has always been preoccupying and challenging.

As a child, Sabri Bebawi struggled to make sense of the world and of human nature. He knew of the human condition. As he grew older, and studied law, and the “not so holy” books, he developed a more pragmatic and sensible stance; the world became just a mirage, an illusion and a mere phantasm. Bebawi waits for that to come day when religions, conformity, capitalism, republicanism, and corrupt governments are eradicated. He believes in John Lennon’s immortal lyrics, “Imagine.”

Where to find Sabri Bebawi online 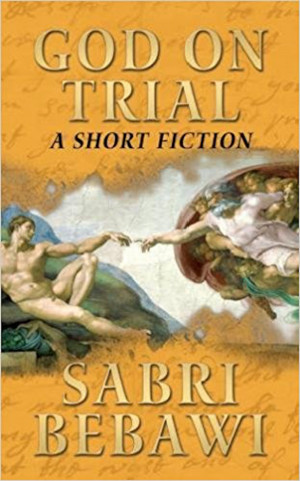 God on Trial by Sabri Bebawi
Price: Free! Words: 20. Language: English. Published: March 2, 2014. Categories: Fiction » Thriller & suspense » Psychological thriller
Convinced that God is a negative force, tormenting the helpless human race, an ailing English professor becomes determined to put the deity on trial. But when he’s diagnosed with schizophrenia, he soon succumbs to the damning madness and brutally stabs and kills his wife. And in the deadly manhunt that ensues, he is ultimately shot dead by the police. This prompts his grieving sister to follow t

You have subscribed to alerts for Sabri Bebawi.

You have been added to Sabri Bebawi's favorite list.

You can also sign-up to receive email notifications whenever Sabri Bebawi releases a new book.