After leaving school Ken Smith joined the Royal Navy as an apprentice. Following five years of technical training, he went to sea and was responsible for maintaining radars and radios in a number of ships, and also spent a period of more than two years working in a naval radio station in Gibraltar. It was there he first became interested in the Spanish language and culture, interests he has maintained since, with varying levels of attention according to his other responsibilities and commitments.
Ken's Naval experience made him a natural for the computer industry, where he became increasingly involved in setting up, presenting and managing computer training for a number of companies. His final years in business were spent as a director of a small, private company. After retirement he took a degree course in Humanities, which had largely passed him by in his earlier years as a result of his largely technical education. These later studies culminated in his being awarded an MA in Hispanic Studies at University College, London.
Ken Smith can be contacted at https://www.sailorsandscientists.webplus.net.

Where to find Ken Smith online 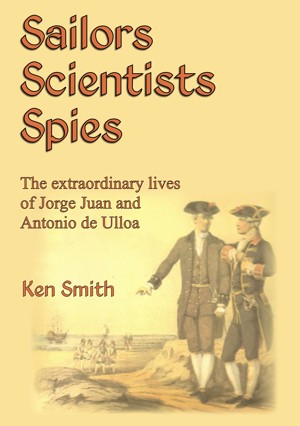 You have subscribed to alerts for Ken Smith.

You have been added to Ken Smith's favorite list.

You can also sign-up to receive email notifications whenever Ken Smith releases a new book.