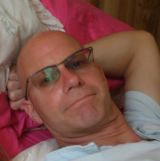 Sam Truitt was born in Washington, DC, and raised there and in Tokyo, Japan. He is the author of VERTICAL ELEGIES 6: STREET METE (Station Hill, 2011); VERTICAL ELEGIES: THREE WORKS (UDP, 2008), VERTICAL ELEGIES 5: THE SECTION (Georgia, 2003) and ANAMORPHOSIS EISENHOWER (Lost Roads, 1998), among other books. An excerpt of RATON REX (from THREE WORKS) was selected by Robert Creeley for 2002 BEST AMERICAN POETRY (Scribner), and his work has also been anthologized in A BEST OF FENCE: THE FIRST NINE YEARS (Fence Books, 2009) AMERICAN POETRY: THE NEXT GENERATION (Carnegie Mellon, 2000). His poems have appeared in Ploughshares, Denver Quarterly, Boston Review, Explosive, Jacket, Western Humanities Review, Talisman, and First Intensity, among other journals. His critical writing may be found in Fulcrum and the American Book Review. His works of visual poetry have been exhibited at the Rothstein Gallery, Tonic and the St. Marks Poetry Project and may be seen on www.ubu.com, among other sites. His writing is in a semi-permanent installation at the Paramount Hotel's Whiskey Bar, designed by Philippe Starck, off Times Square in New York City. He is the recipient of a 2010-2011 George A. and Eliza Howard Fellowship, two Fund for Poetry grants, the 2002 Contemporary Poetry Series Award from the University of Georgia and residencies at Yaddo, The MacDowell Colony and Vermont Studio Center, among other professional acknowledgments. Sam Truitt holds a BA from Kenyon College, MFA from Brown University, and a PhD from SUNY-Albany. After his undergraduate studies, he worked in various positions including stagehand, audio technician, private investigator and carpenter. After his MFA studies, living in New York, he was a journalist, editor and publicist and taught at Fordham University, the New University, Hunter College and the Harry Van Arsdale Center for Labor Studies. Currently he teaches in the Language and Thinking Workshop at Bard College and is the Director of Station Hill of Barrytown. He lives in Woodstock, NY.

Where to find Sam Truitt online 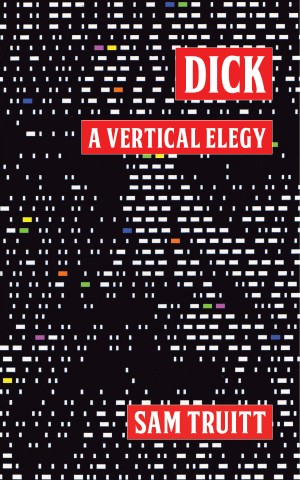 Dick: A Vertival Elegy by Sam Truitt
Price: $8.00 USD. Words: 50,190. Language: American English. Published: October 18, 2012. Categories: Nonfiction » Politics & Current Affairs » White house, Essay » Literature
Grounded in proprietary knowledge, DICK is a book about the Kennedy assassination and the machinations around that event. References to the latter are somewhat oblique: in fact, the whole work is, including most obdurately the integral deployment of Morse Code as text. (To note: 20% of author royalties will be donated to Veterans of Foreign Wars.)

You have subscribed to alerts for Sam Truitt.

You have been added to Sam Truitt's favorite list.

You can also sign-up to receive email notifications whenever Sam Truitt releases a new book.