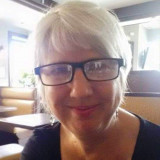 Sandy Day is the author of Fred's Funeral and Chatterbox Poems. She is a graduate of Glendon College, York University where she studied English Literature and Creative Writing under Michael Ondaatje and bp nichol.
She lives in Georgina, Ontario, Canada.

What is your novel, Head on Backwards, Chest Full of Sand about?
The book is a story of love-obsession. It chronicles a young woman’s coming of age during the height of the 1970’s women’s liberation movement. Teetering on the edge of womanhood, clinging as if her survival depends on it to the first love of her life, 17 year-old Livvy is torn between subjugating herself for love or claiming her identity and independence.
Livvy, lovesick and artistic, decides to spend the summer with her aunt in the coastal community of Margaree, Cape Breton Island. While Livvy’s cousins torment her, house renovations disturb her, an annoying young islander tries to befriend and teach Livvy to disco dance, Livvy prepares for the much anticipated arrival of her boyfriend, Kane.
I wanted to write a deep dive into the dire and agonizing crannies of a love-obsessed young woman and I hope Head on Backwards, Chest Full of Sand will be a memorable coming of age story.
I love to read coming of age stories.
What is the story behind your novella, Fred's Funeral?
Fred's Funeral started as a short story I wrote back in 1986 after returning home from the funeral of my Great Uncle Fred. I wrote and rewrote the piece many times over the years and in 2011 I discovered something that compelled me to turn it into something more than a short story.

It turns out there was a box of letters in my uncle's attic that were written by Fred between 1916 and 1919 while he served with the Canadian Expeditionary Force. My first step was to read and transcribe the letters. My mind was blown. I began researching WWI and tracing where Fred had been during various battles. I discovered that he had been hard at work tending to horses and leading an ammunition wagon during the battle of Passchendaele.

Poor old Uncle Fred suffered from shell shock as a result of his time in WWI but it presented as we now know PTSD does - after he returned home to Canada. The real Fred, and the fictional Fred, was institutionalized for the remainder of his life and I wanted to know more about that. Lucky for me, my great-grandfather, my grandfather, and Fred kept every scrap of paper and correspondence that passed through their hands so I was able to imagine a story based on real events.

In 2015 I attended a novella writing workshop and decided that Fred's story would be best told in that format. The idea of the ghost came to me one night and I was able then to write what is now Fred's Funeral.

Since its publication, I have met several people who have letters from their WWI era relatives. As Peter Jackson states at the end of his move, They Shall Not Grow Old, it's important that we tell the stories of people who were alive during the first world war. We can't forget the contribution they made to our freedom. We must continue to show our appreciation. I hope I have accomplished that in Fred's Funeral.
Read more of this interview.

Where to find Sandy Day online 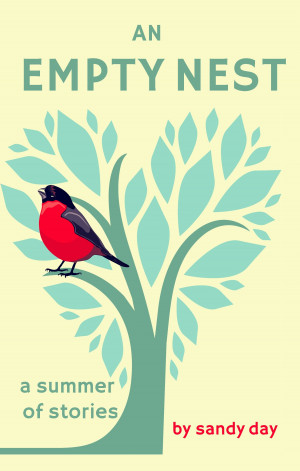 Her kids are gone. Her husband is gone. She is slammed by an unexpected grief after her daughter moves out. This is why, relocating from her small messy apartment in the city sounds like a reasonable thing to do. But can living with her sisters at the cottage be a good idea? You’ll love this poignant short read as it fearlessly portrays life beyond the empty nest. Get your copy now. 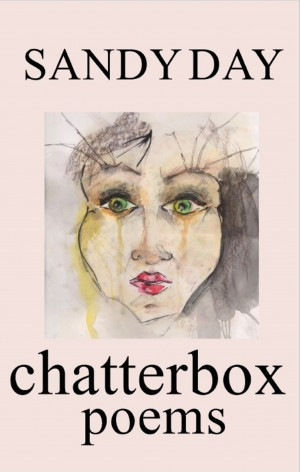 Chatterbox: Unsilenced Poems by Sandy Day
Price: $0.99 USD. Words: 12,400. Language: English. Published: July 13, 2011. Categories: Poetry » Female authors, Poetry » Canadian Poetry
A vulnerable woman falls for an online sweet-talker and poetry ensues. Chatterbox is a collection of 110 poems — tiny tellings written during a year of marriage disintegration. If you love the poetry of Rupi Kaur, Maya Angelou, or Amanda Lovelace you will not want to miss the fresh new voice in Chatterbox: Poems by Sandy Day. . Purchase your copy today.

You have subscribed to alerts for Sandy Day.

You have been added to Sandy Day's favorite list.

You can also sign-up to receive email notifications whenever Sandy Day releases a new book.