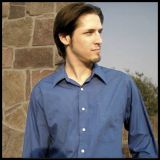 Since he first learned to speak, Max Patrick Schlienger has been telling stories. Unfortunately, despite having been given ample opportunity and encouragement, he has yet to master the art of shutting the hell up. In an effort to avoid being completely shunned by his friends and family, Max finally took to writing his stories down. He intends to continue in the glamorous profession of making stuff up until such time as the position of Superman becomes available.

When he's not wasting time on the Internet or pretending to understand elements of theoretical physics, Max can often be found making short films, singing acappella music, and participating in ill-conceived culinary experimentation. He lives and works in the San Francisco Bay Area, where he attempts to maintain a facade of being a functioning adult.

There is no currently existing evidence to refute Max's claims of his own immortality, insofar as he is not yet dead. 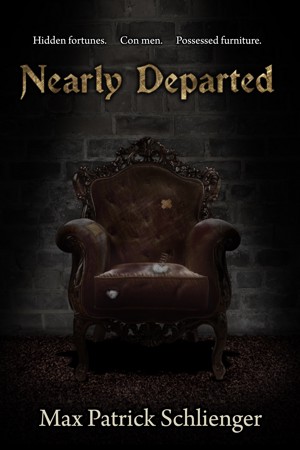 Con artists are a notoriously skeptical bunch, and Dennis Gufehautt is no exception. His scheme of masquerading as a paranormal investigator seems foolproof, until he encounters an actual ghost. Now, having unwittingly become a witness to a decades-old murder, Dennis finds himself stumbling headfirst into bizarre and often hilarious situations as he tries to solve a legitimate paranormal mystery.

You have subscribed to alerts for Max Patrick Schlienger.

You have been added to Max Patrick Schlienger's favorite list.

You can also sign-up to receive email notifications whenever Max Patrick Schlienger releases a new book.