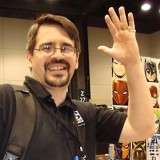 I was born in the summer of love in 1967, and I've been a writer since I first learned how to string words together - but I haven't been an author. An author finishes works they've started. Instead of becoming an author, I had a career and a family, and along the way I accumulated a drawer full of incomplete works.
My first novel was an accident. Variants of a story had been floating around in my head for years as novels "to- be" that never became. The various story bits and subplots found their way into comic book scripts which became graphic novels, but the core story remained unused. I was itching to get back into prose - so I cracked my knuckles and sat down to write whatever came to mind. What came out was the first draft of The Paragon of Animals.
The moral to this story is that life is a journey - as long as you keep on walking, you'll end up somewhere you wanted to be.

What is your writing process?
Depends on the type of book. Illustrated ones usually come full formed and are done in one burst, followed by a few editing rounds.

Novels percolate for years and are often the marriage of several ideas. I work them for one to two hours a day from start to finish on first draft. I’ll often rewrite the last written page and continue on from there.

Comics are crazy beasts. I’ll outline in something akin to index cards of story beats. Then shuffle arounnd for page balance and figure out what needs more or less - action, comedy, drama. At 20 pages it’s a balancing act. I then write in scenes of 3 to 8 pages. I try to balance panels so they have a variety of beats and pacing.
Do you remember the first story you ever read, and the impact it had on you?
Robert Lewis Stevenson and Lewis Carol are the first ones I recal the strongest. Shel Silverstein, Kurt Vonnegut, Larry Niven - these were the first authors I started recognizing as someone to read more of. Piers Anthony and Robert Aspirin were among the first I went to stores to collect and await new releases. Tolkien was the first writer to open my eyes to what writing can be. Narnia was the first complete series I read. Richard Bach was the first writer that changed my view of the real world instead of imaginary ones. The ones who influenced me the most was Larry Niven’s intertwined Known Space, and Narnia/Middle Earth’s complex histories. But it was Phillip Hose Farmer and Roger Zelazny that blew my mind and made me want to create my own impossible adventures.
Read more of this interview.

Where to find Scott Bachmann online

The Adventures of Liza, The Paragon by Scott Bachmann 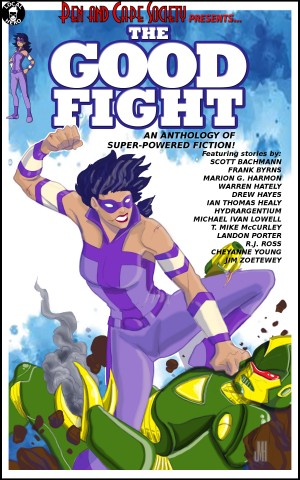 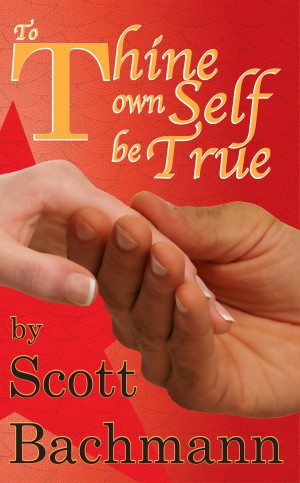 To Thine Own Self Be True by Scott Bachmann
Series: The Adventures of Liza, The Paragon, Book 2. Price: $3.99 USD. Words: 99,890. Language: English. Published: May 9, 2014. Categories: Fiction » Science fiction » General, Fiction » Romance » Action/adventure
Liza's life as the super hero Paragon was busy, but it left a hole that wasn't filled. Then she met Leon. Their relationship turned her life upside down, but not in a good way. The worst three dates followed and cost her not only Leon, but her job and the home and the legal protection that went with it. She had to decide what mattered to most, and what she was willing to do about it. 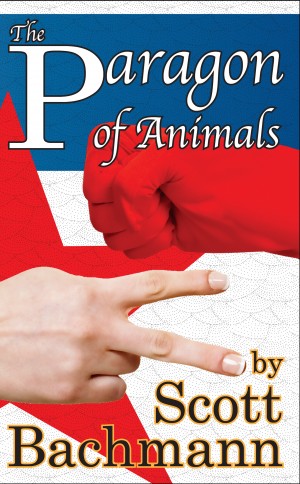 The Paragon of Animals by Scott Bachmann
Series: The Adventures of Liza, The Paragon, Book 1. Price: $2.99 USD. Words: 63,510. Language: English. Published: May 7, 2014. Categories: Fiction » Adventure » Action, Fiction » Science fiction » Adventure
Growing up as a nerd in a small midwestern town, Liza didn't have the easiest life. Then she met the Paragon, the super powered man whose poster hung over her bed. By accident they traded places, she got his body...he got hers. Then things got REALLY crazy.

You have subscribed to alerts for Scott Bachmann.

You have been added to Scott Bachmann's favorite list.

You can also sign-up to receive email notifications whenever Scott Bachmann releases a new book.