While a successful, visual artist at the mouth of the Columbia River for twenty years, Pamela Mattson McDonald relied on acute observation, creativity, and a disciplined focus.

For the last ten she’s honed these skills to the written word. Her work is a window on her varied past experience and worldview. She’s worked in the merchant marines, cooked in fine restaurants, gardened extensively, hiked, climbed, and traveled the world.

Her work is represented in print and on the Internet. Also the author of the Jennifer Harrington Jones Mysteries, Pamela’s eBook’s are available at smashwords.com and I tunes books. She is the author of the unpublished “Slingin’ Hash and Haulin’ Oil”.

Grapevine
It Is a Family Disease September 2012 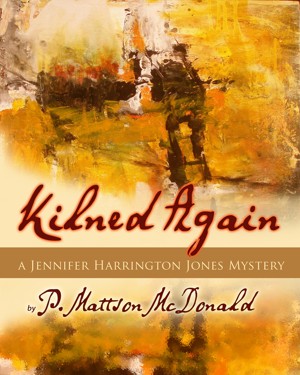 A potter with ADHD investigates a caldron of crimes with her skateboarding teenage pal Spruce. With his Cambodian Chinese sidekicks, Jean Ling and Su Fong, they untie a painful knot of family deceit and clear up art crimes plaguing the art word for over a decade.

You have subscribed to alerts for Pamela Mattson McDonald.

You have been added to Pamela Mattson McDonald's favorite list.

You can also sign-up to receive email notifications whenever Pamela Mattson McDonald releases a new book.