As I approached my prime, I developed the powerful urge to write thrillers. My wife harbored the absurd suspicion midlife crisis had struck, because I was bound in those days to courtroom and desk at the U.S. Attorney’s Office. So my dream remained just that for a long time. As soon as I retired, though, we moved to Arizona and I took things in hand by enrolling in a workshop for wannabe authors. German is my native tongue, not English, and my experience as an author consisted of the publication of a couple of student papers and law journal articles, plus cranking out numberless legal pleadings and briefs. What was I thinking?

The workshop was a bust, but it did push me into tackling my first book, The Stasi File – Opera and Espionage: A Deadly Combination, in which, following the age-old advice to “write what you know,” I wove together the unlikely combination of a German upbringing, a lifelong love of opera and my experiences as an attorney. After a beginning that seemed to take forever, I was surprised when the challenge of creating characters and building a plot that was real and intriguing started to take over my waking hours, and a few sleeping ones too.

My skill and talent developed quickly, but there were many times they seemed almost superfluous--I was too busy holding on tight as "my" characters and their actions took over and went their own ways, leaving me to serve as their scribe and menial servant. What a journey!

"The Stasi File" was named a finalist for Book of the Year by the British Arts Council sponsored website YouWriteOn.com, and is ranked a bestseller by the site. The novel was a quarter finalist in the 2011 Amazon Breakthrough Novel Award Contest. Reviews and reader comments on the book include "breathtaking roller coaster ride," and "comparable to the books of Clancy, Ludlum and Follett."

The sequel, "Kiss of the Shaman's Daughter," pits The Stasi File protagonists, Sylvia and Rolf, against ruthless smugglers of Indian artifacts during Sylvia's engagement at the Santa Fe Opera, interweaving as subplot the story of thirteen-year old Indian girl, Teya, during the Pueblo Indian Revolt of 1680 that drove the Spanish from New Mexico.

The fierce cold-war espionage battle between East and West Germany inspired me to write my third novel, "Red Romeo." The plot takes the reader inside the Stasi spymaster's ingenious method of unleashing his small army of spy gigolos on lonely women working in the West German government's most secret divisions.

What is the greatest joy of writing for you?
Writing a novel provides an infinite number of joys. I'll pick two. A wondrous phenomenon happens during the writing process. The muse whispers into my ear and the characters and the story take off in ways that I could never have imagined. I get out of my own head and inhabit a world that is so inspiring that the clock often strikes midnight before I return to everyday life. And it warms this author's heart when a reader tells me how much she enjoyed one of my novels - an email, a card in the mail, or an acquaintance who walks up to me in the grocery store. The knowledge that someone somewhere enjoyed what I wrote keeps me going.
Who are your favorite authors?
John LeCarre, The Spy Who Came in from the Cold
Ken Follet, Eye of the Needle
Charles McCarry, The Tears of Autumn
Gerald Seymour, Traitor's Kiss
Ernest Hemingway, For Whom the Bell Tolls
George Orwell, Animal Farm
F. Scott Fitzgerald, The Great Gatsby
Read more of this interview.

Where to find Peter Bernhardt online 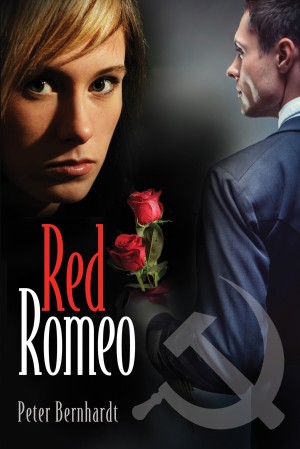 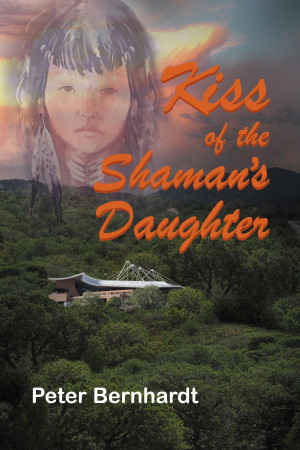 Kiss of the Shaman's Daughter by Peter Bernhardt
Price: $3.99 USD. Words: 95,770. Language: English. Published: September 18, 2015. Categories: Fiction » Thriller & suspense » Action & suspense, Fiction » Historical » Colonial America
When a Washington trial lawyer and a budding opera diva are pressed into searching for a missing archaeologist in the Santa Fe hills, they not only encounter ruthless antiquities traffickers, but find their fates intertwined with that of a shaman’s daughter, who centuries earlier played a crucial role in the Pueblo Indian Revolt that drove the Spanish from New Mexico. 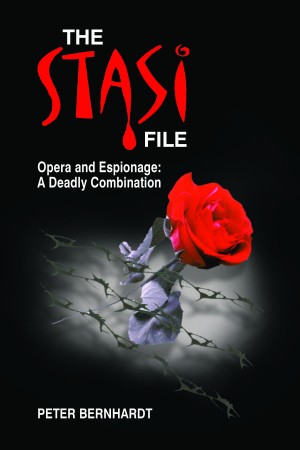 The Stasi File - Opera and Espionage: A Deadly Combination by Peter Bernhardt
Price: $3.99 USD. Words: 137,730. Language: English. Published: September 17, 2015. Categories: Fiction » Thriller & suspense » Spies & espionage, Fiction » Historical » General
An American lawyer and his Italian lover from Berlin student days, now a budding opera diva, are drawn into an assassination plot by a Stasi General, desperate to prevent the collapse of the East German police state after the fall of the Berlin Wall.