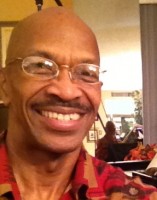 Houston Simmons has over 40 years worth of experience in vocal and instrumental music. He has served as a Musical Director, Administrator, Consultant, and Music Workshop Clinician across the United States and overseas.

He earned his Bachelor of Music from Loyola University of the South and Master of Church Music degree from New Orleans Baptist Theological Seminary, both in New Orleans, Louisiana. He has arranged, composed and orchestrated music for the New Orleans Philharmonic Symphony Orchestra and the New York Orchestra.

Twice has Houston Simmons been invited to bring a group of singers as sole representatives of the USA in the largest international music festival in London, England and featured on a global radio broadcast of the British Broadcasting Corporation (BBC) as well as The London Arts Cafe Magazine.

Having performed before a huge mass of 15,000 people, Houston Simmons continues to train and develop great singers.

Other musical experiences of Houston Simmons include:
-worked with Grammy Award Winners, John Legend and Yolanda Adams
-worked with educator, actor and choral composer Jester Hairston (star actor in TV shows “Amen” and “Amos and Andy”)
-produced music for Comedy Central
-taught voice at The Harlem School of the Arts

Other current activities of Houston Simmons include:
-vocal coach, piano instructor and online private voice teacher
-author of “How to Sing Great in 4 Simple Steps” and other music apps
-music producer, composer, arranger and orchestrator

Where to find Houston Simmons online 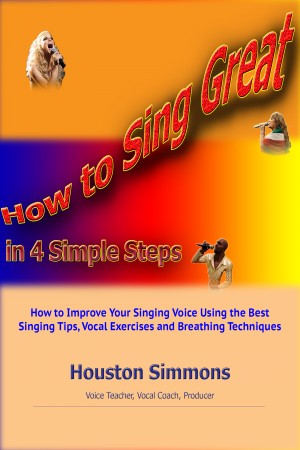 You have subscribed to alerts for Houston Simmons.

You have been added to Houston Simmons's favorite list.

You can also sign-up to receive email notifications whenever Houston Simmons releases a new book.