Sarah Handyside is a vagabond and writer who has no specific goals and subscribes to no religions or political parties. She endeavors to own as few material possessions as possible and to have as few obligations as possible. Thus she will always be available to experience life spontaneously and record it thru written words.

Where to find Sarah Handyside online 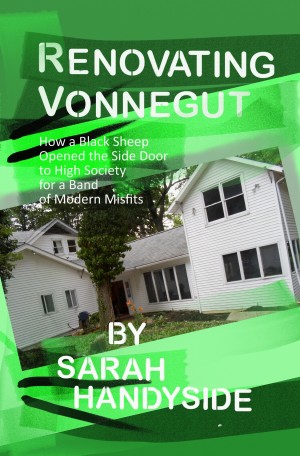 Renovating Vonnegut by Sarah Handyside
Price: $4.99 USD. Words: 61,650. Language: English. Published: August 28, 2014. Categories: Nonfiction » History » American, Nonfiction » Travel » By region
Renovating Vonnegut tells the story of Lake Maxinkuckee, Culver Military Academy, Culver, Indiana, and how author Kurt Vonnegut and his family are related to them. It also tells of the renovation of one of the Vonneguts' summer cottages on the east shore of Lake Maxinkuckee. 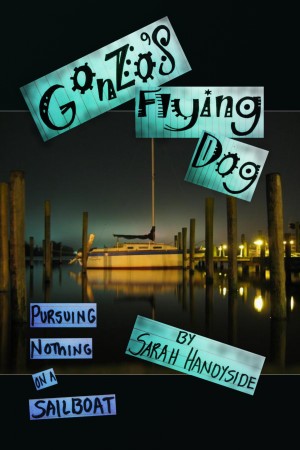 Gonzo's Flying Dog: Pursuing Nothing on a Sailboat by Sarah Handyside
Price: $5.99 USD. Words: 154,100. Language: English. Published: August 24, 2014. Categories: Nonfiction » Sports & outdoor recreation » Sailing, Nonfiction » Sports & outdoor recreation » Sailing
Two penniless hitchhikers decide to buy a sailboat, move aboard and sail down the Atlantic Intracoastal Waterway. Neither of them have ever set foot on a sailboat. Neither of them know how to sail. They get jobs in New Orleans and buy a 26-foot sloop on eBay. They teach themselves to sail and spend nine months going from the upper Chesapeake Bay to Key West, Florida. 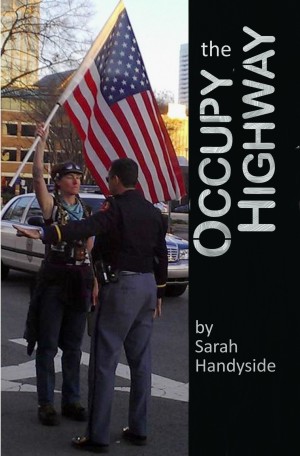 Occupy the Highway by Sarah Handyside
Price: $4.99 USD. Words: 151,960. Language: English. Published: December 17, 2012. Categories: Nonfiction » Politics & Current Affairs » Activism
In November of 2011, twenty-four Occupy Wall Street protestors marched from New York City to Washington, D.C. Seven of those marchers formed a Mobile Occupation, called Walkupy, and continued on to Atlanta, Georgia, arriving there in Late January. Altogether, they marched 1,000 miles in two and a half months. Occupy the Highway is the Journal of Sarah Handyside. It chronicles the entire trip.

You have subscribed to alerts for Sarah Handyside.

You have been added to Sarah Handyside's favorite list.

You can also sign-up to receive email notifications whenever Sarah Handyside releases a new book.