Where did you grow up, and how did this influence your writing?
I spent most of my childhood in East Africa. I think that being a missionary kid has strongly affected my writing, at least in my first published books. One of my main characters is the child of an Anthropologist and soon learns what it's like to be uprooted from everything she knows and loves and put into a culture she knows nothing about. As a missionary kid I moved around every one to two years and then, when I was ten years old, my family moved back 'home'. There is a term, 'third culture kid', which basically means that you are not really a part of the culture you were born in, nor the culture you were raised in, and you kind of straddle both and make up your own culture. Eventually the TCK either carves out a niche for themselves or they move back to the country they feel most comfortable. In my main character's case, she carved out a niche for herself.
When did you first start writing?
That all depends on what you mean by 'writing'. I am pretty sure I started to form words and sentences when I was five, but my first actual story was around the age of seven. Ever since, I have written purely for the fun of it, and I wish that I had saved some of those stories. As I got older, I found most of those stories childish and silly, so I threw them out. Now I wish I hadn't. It would be fun to look back on what I used to consider important in a story.
Read more of this interview.

Where to find Amy McGuire online 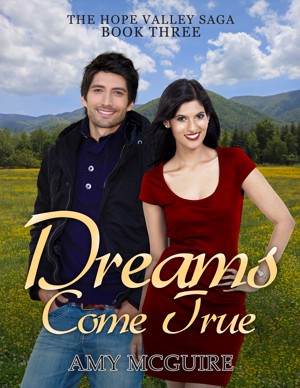 Nearly six years ago, Anjaline promised Gabriel that she would make it back to Hope Valley, no matter how long it took. Will keeping her promise mean a second chance for them, or just more heartache? 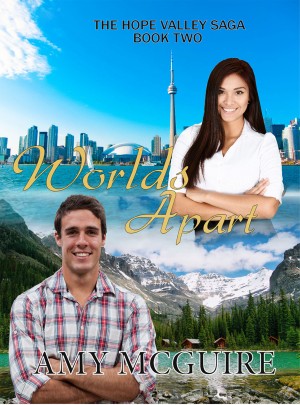 The sequel to The Heart's Discovery. You never forget your first love. Even if it hurts your chance at second love. Anjaline has moved to Ontario where she realizes her dream of being a journalist. Gabriel remains in Hope Valley and becomes a skilled carpenter. This is their journey into new love, growing up and discovering who they were meant to be. Will they ever meet again? 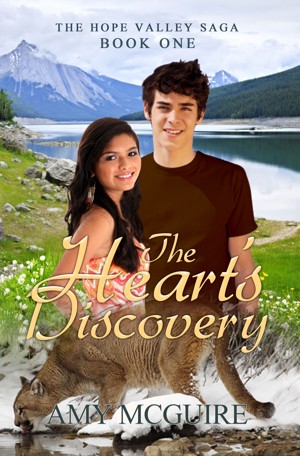 Will Anjaline return Gabriel’s feelings in time or will tragedy tear them apart before she has the chance?