Simon Worrall was born in Wellington, England and spent his childhood in Eritrea, Paris and Singapore. Since 1984, he has been a full-time, freelance journalist and book author. He has written investigative features; travel articles; celebrity profiles and reportages for publications all over the world, including National Geographic, The London Times, The Guardian, The Paris Review, The New Yorker, Harper’s, Conde Nast Traveler, The Sidney Morning Herald, Playboy, The Smithsonian and Maxim. He has also made frequent appearances on Radio & TV, including the BBC’s From Our Own Correspondent; NPR and PBS. He speaks six languages and has lived in or visited more than 70 countries. Among many adventures, he has dug clams with the Inuit on Baffin Island, ridden with gauchos in Patagonia, followed the trail of a stolen Rembrandt with an undercover FBI agent, explored a Tang Dynasty shipwreck off the coast of Sumatra and got drunk with Marianne Faithful. On the way, Simon has been fortunate to work with world-class photographers like Pulitzer Prize-winner, Vince Musi; and Magnum members Ian Berry, Paul Fusco and Inge Von Morath. Among celebrities Simon has profiled are Hilary Clinton, Arthur Miller, Wynona Ryder, Monica Seles and Leonard Cohen. He was the last writer to interview Katharine Hepburn, at her home on Turtle Bay, New York. Simon’s first book, The Poet and the Murderer ( Dutton/4th Estate), a work of narrative non-fiction about master forger and double-murderer, Mark Hofmann, was published to critical acclaim in 2002. It inspired a BBC documentary, The Man Who Forged America, and is currently being turned into a screenplay. Current projects include a non-fiction love story set in World War Two and an art crime thriller he is writing with the former head of the FBI’s Art Crime Unit, Bob Wittman. Simon’s latest investigative feature, Cybergate, about the theft of a US Presidential election by computer fraud, will be published in December, 2009. He currently divides his time between his native England and the United States. He is a member of The Frontline Club, London; and an active supporter of several charities, including Amnesty International and The World Land Trust. His passions include tennis; books; and wild places.

Where to find Simon Worrall online 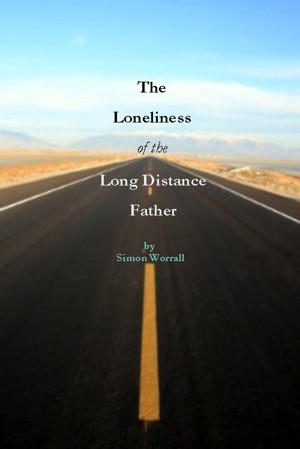 The Loneliness of The Long Distance Father by Simon Worrall
Price: $0.99 USD. Words: 4,830. Language: English. Published: December 9, 2009. Categories: Nonfiction » Relationships & Family » Parenting, Nonfiction » Biography » Autobiographies & Memoirs
A divorced father and his small son wait at an airport departure gate, bracing themselves for the separation that lies ahead. If only they could always be together ... In this heart-rending story about fathers and sons in the age of divorce, critically acclaimed author, Simon Worrall, gives voice to feelings that millions of men have - but don't always share. 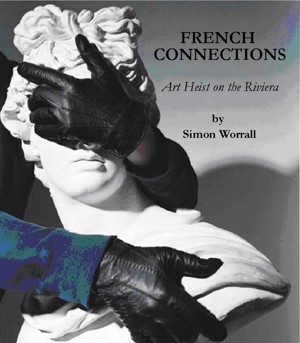 French Connections: Art Heist on The Riviera by Simon Worrall
Price: $1.99 USD. Words: 7,180. Language: English. Published: December 6, 2009. Categories: Nonfiction » True Crime » General crimes
This true crime story about an art heist on the French Riviera and the sting operation mounted by the legendary head of the FBI's Art Crime Unit, Robert Wittman, gives the reader a rare glimpse inside the world of art theft as the story jumps from France to Florida to Barcelona. You couldn't make it up.

You have subscribed to alerts for Simon Worrall.

You have been added to Simon Worrall's favorite list.

You can also sign-up to receive email notifications whenever Simon Worrall releases a new book.