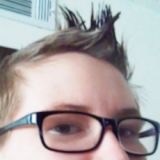 S. Gates was born in March, 1985, and has been fascinated with words practically ever since. Currently, they live and work in the wilds of suburban Atlanta with their spouse, a cat, and a roommate. Interests include speculative fiction, horror, and merfolk.

What motivated you to become an indie author?
A few different things! The first was that I know my tastes and the things that I enjoy writing are hard sells. Horror, in particular, has not done well in recent years in the mainstream publishing arena. I did some research and came to the conclusion that I would get less return off trying to shop Bodies Are Disgusting around than going the independent route and promoting it myself.

The second was the way that independent/self-publishing allows me to connect with my audience pretty easily, as well as having a very low overhead. Both of those things were very big influences on my decision to go indie.
What are you working on next?
A couple of things at the moment. My next solo project is a novel about a man who wakes up one evening only to find that, not only has he been considered dead for the last five years (none of which he can remember), but he is also a vampire. I'm really excited about this because it's dealing with vampires being potentially sensual creatures from an asexual character's perspective. I finished the first draft of the manuscript during Camp Nanowrimo, July 2014, and am currently revising it. This one I may shop around, but we'll see. I hope to have it published by January, 2015, one way or another.

I'm also developing a possible fantasy YA story, and working on a story that I've been chewing on for the better part of two decades. I'm really hoping to get both of them off the ground, as I'm pretty passionate about them both.
Read more of this interview.

Where to find S. Gates online 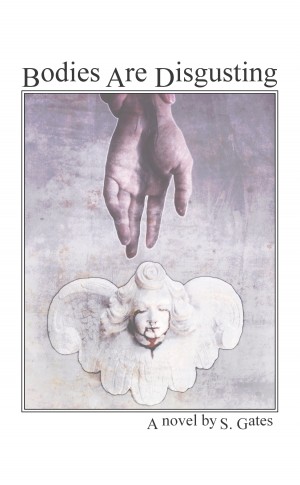 Waking up in the hospital confuses you; they tell you it was a drunk driver, but everything's just a blank. In the night, a strange child whispers words that make no sense, horrific things cloud your vision, and you're starting to think it isn't just a bad reaction to the painkillers. You've become part of a game, with the prize being godhood, but you're fairly sure that's not a good thing at all.

You have subscribed to alerts for S. Gates.

You have been added to S. Gates's favorite list.

You can also sign-up to receive email notifications whenever S. Gates releases a new book.