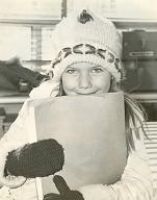 I have had a love of sci-fi since I was a kid... watching Star Trek with my father. I am such a junky for action packed sci-fi movies to this day... thanks Dad! That love started to include the supernatural/paranormal as I reached my teens. I will always thank Anne Rice and Lestat for introducing me to a whole new genre... and my love vampire fiction was born. When I began writing, I didn't consider the YA paranormal genre. I started two previous projects that I couldn't finish, and I never knew why. But, when I started to write - A Chance for Charity (The Immortal Ones) - the story poured out of me and I loved every minute of the writing process! I still have those other stories, and someday I plan to go back and finish them.

I am a crafter by nature! This probably also explains my love of writing - it is in the creative family. I scrapbook, sew, bead, etc... I love to create. I have a room in my home dedicated to crafts. Paper, ribbons, stickers, die-cuts, there is whole mess of supplies! At one time I was in the handcrafted wedding/party invitation business. You should see my kiddos' birthday invitations!

My other love is baking, although I don't do a ton of it. Because if I bake it, then I want to eat it! Cookie creation is a fun process. I like to see how many yummy ingredients I can cram into a recipe. So far, my favorite cookie is an oatmeal, coconut, chocolate chip, toffee bit cookie - YUM! I will totally email you that recipe :D

On top of writer, part time teacher, crafter, baker... I am wife and mother - the latter being the best job in the world!

Where to find S.L. Baum online

Deathtaker by S.L. Baum
Krista walks through life being able to pinpoint exactly what is physically wrong with the people around her. She can smell disease and decay. From a simple inhale she can instantly tell if Death is nearing, she knows whether or not someone has long to live. She’s moved from town to town, constantly looking for someone to help… someone who could truly benefit from a second chance at life. Help and move on, that’s been her pattern. She never planned on staying in a small town, and she didn’t plan on finding someone to love… in fact, Krista didn’t plan for anything that Cedar Creek had in store for her.

The Immortal Ones by S.L. Baum
If you live long enough... love (and danger) will find you. Seventeen-year-old Emily regularly changes her town and her name, with hopes to begin a new life. But it's impossible to fly under the radar in tiny Telluride, Colorado. When fellow newcomer Link enters her life, her plan to start over with a clean slate unravels. Charity soon realizes that you can never truly leave your past behind, while Link discovers that mortals are not the only beings to walk this earth. Two time winner of the Paranormal Romance Guild Reviewer's Choice Award for BEST YA SERIES.

A Chance for Charity (The Immortal Ones)
Price: Free!

Of Fire and Brimstone (The Immortal Ones - Elizabeth's Novella)
Price: $0.99 USD.

Our Summer of Discontent (The Immortal Ones - Book Three)
Price: $3.99 USD. 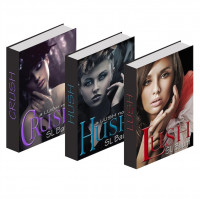 LUSH by S.L. Baum
Bluebell has spent the last twelve years of her life at Training Tech, the government-run boarding school all children are required to attend. Now that she's seventeen she is fully prepared for Incorporation; a time when females and males are allowed to mingle again, for the first time since they were toddlers. It is also the day she must endure Citizen Branding - the mandatory searing of a mark into the flesh of the left wrist of all new Citizens. O for fertile, X for infertile. The fate of every Citizen, male or female, is determined by the results. Bluebell knows that a Citizen’s duty is to live for the glory of Concord, just as she was taught. But the frantic dreams and hazy memories that haunt her make her different, and the questions she cannot deny threaten to turn her world upside down. 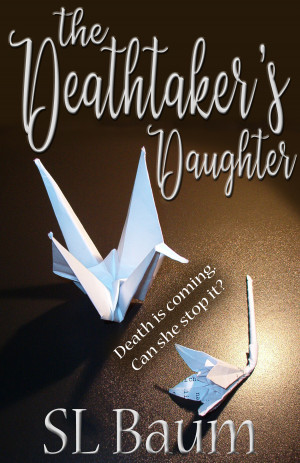 The Deathtaker's Daughter (Deathtaker - book two) by S.L. Baum
Series: Deathtaker. Price: $3.99 USD. Words: 60,860. Language: English. Published: January 28, 2020. Categories: Fiction » Romance » Paranormal
Krista and Sam are raising their daughter, Eva, in the quiet town of Cedar Creek… while trying to keep their family secret from her as long as they can. As Eva grows up, she discovers that her quiet small town is never boring, especially after she finally discovers the truth. She comes from a family of Deathtakers, and she’s next in line to receive the power. 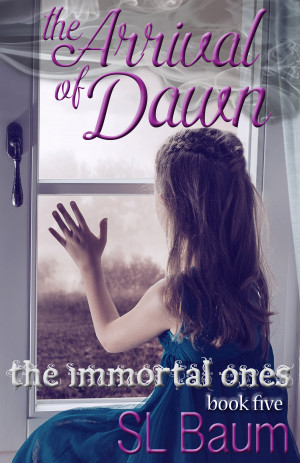 The Arrival of Dawn (The Immortal Ones - Book Five) by S.L. Baum
Series: The Immortal Ones. Price: $3.99 USD. Words: 65,310. Language: English. Published: December 14, 2018. Categories: Fiction » Young adult or teen » Paranormal, Fiction » Romance » Paranormal
It’s time for Charity & Link to leave Telluride, before the locals find out they aren’t aging. But an Immortal Caster & a Tri-bred Dark One are not exactly normal. After a move across country, Charity needs to find a way to help her best friend conceive a child, discover & stop the Dark Ones that have been targeting young children, & then find the person invading her dreams. Never a dull moment! 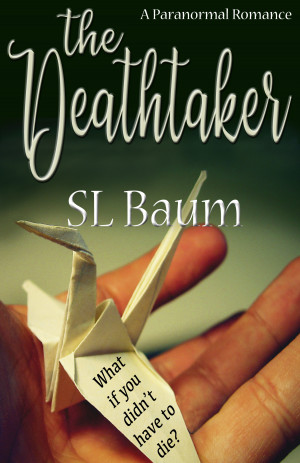 The Deathtaker (a Paranormal Romance) by S.L. Baum
Series: Deathtaker. Price: Free! Words: 78,220. Language: English. Published: January 8, 2015. Categories: Fiction » Romance » Paranormal
Krista walks through life being able to pinpoint exactly what's physically wrong with the people around her. She can smell disease & decay. A simple inhale & she can instantly tell if Death is nearing, she knows whether or not you have long to live. She moves from town to town, looking to help someone who could truly benefit from a second chance at life. Cedar Creek was an unplanned stop... 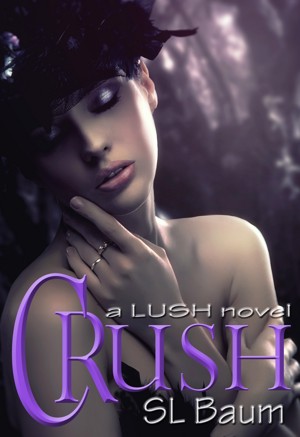 Crush (a LUSH novel) by S.L. Baum
Series: LUSH. Price: $2.99 USD. Words: 55,400. Language: English. Published: March 28, 2014. Categories: Fiction » Science fiction » Utopias & dystopias
During Bluebell's Lush Ambassador tour, Three was attacked. The Council imposed a mandatory curfew, suspended nonessential travel, and ordered her back home to One. Before leaving for home she receives a cryptic message telling her, "Make your father remember. It's the only way." Will Bluebell be able to find the truth before someone discovers she knows more about Concord than any Citizen should? 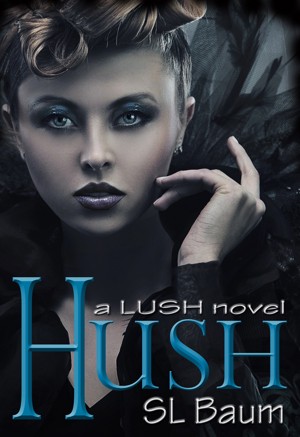 Hush (a LUSH novel) by S.L. Baum
Series: LUSH. Price: $2.99 USD. Words: 50,090. Language: English. Published: January 20, 2014. Categories: Fiction » Young adult or teen » Science Fiction, Fiction » Science fiction » Utopias & dystopias
Bluebell’s Citizen Brand is like no other & she's turned into a public figure: a perfect example of a Concord Citizen, a goal for the next generation. She tries to embrace her fate, but the more she learns about Concord & The Council, the less she trusts in everything she’s been told her whole life. When she suspects someone has tampered with her memories she knows she must discover the truth. 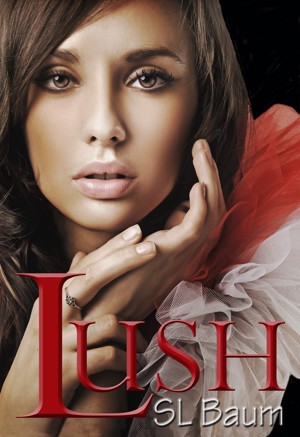 LUSH (a YA Dystopian novel) by S.L. Baum
Series: LUSH. Price: Free! Words: 58,200. Language: English. Published: December 17, 2013. Categories: Fiction » Young adult or teen » Science Fiction, Fiction » Romance » Action/adventure
Bluebell has spent the last twelve years of her life at Training Tech, the government-run boarding school all children are required to attend. Now she's 17, and fully prepared for Incorporation; a time when females & males are allowed to mingle again, for the first time since they were toddlers. It is also the day she must endure Citizen Branding - the mandatory searing of a mark into her flesh. 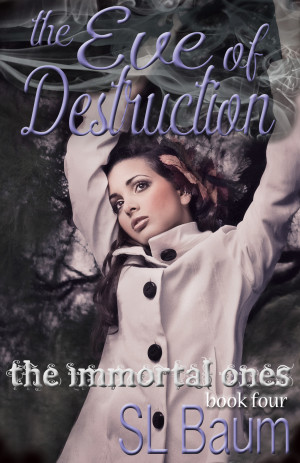 The Eve of Destruction (The Immortal Ones - Book Four) by S.L. Baum
Series: The Immortal Ones. Price: $3.99 USD. Words: 58,510. Language: English. Published: July 25, 2013. Categories: Fiction » Young adult or teen » Fantasy, Fiction » Romance » Paranormal
Cryptic letter in hand and worried about her missing mother, Eve turns to Charity for help - a call which brings the group of old and trusted friends together once again, to embark on a journey across the globe in search of Genevieve. To get through the day, Charity has to put one foot in front of the other and fight for what she wants. A peaceful life? Well, that is probably the stuff of dreams. 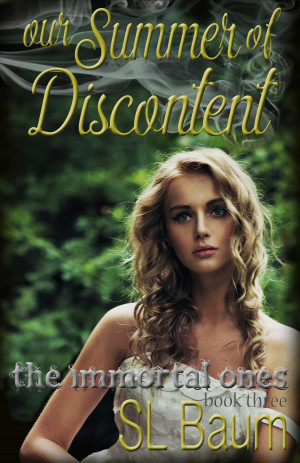 Summer. A time for travel, relaxation, and above all - fun. But for Charity, her family, and her friends, this summer holds more in store than any of them anticipate. While Charity learns to harness her new found powers, others around her discover their own surprising abilities. And a vacation to New York becomes a catalyst that has their paths crossing with the unexpected, yet again. 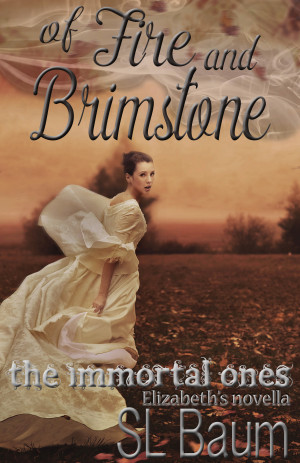 Of Fire and Brimstone (The Immortal Ones - Elizabeth's Novella) by S.L. Baum
Series: The Immortal Ones. Price: $0.99 USD. Words: 20,250. Language: English. Published: August 23, 2011. Categories: Fiction » Young adult or teen » Fantasy
When Silas first saw the little street urchin, Elizabeth, he was amazed by her intelligence & knew she'd become a powerful Witch. When he found out that her life would entwine with his own, he welcomed her with open arms, because Silas never questioned his visions of the future. As she grew into a young lady, Elizabeth lusted for more powers while Silas struggled to make her blend in with society. 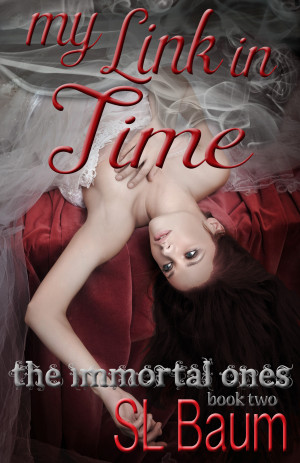 Girl meets boy, falls in love, becomes engaged, & walks down the aisle. Oh, if only life were that simple. When an Immortal girl meets a Mortal boy, life is a little more complicated. When Charity accepted Lincoln's marriage proposal, she thought they could handle anything that came their way... Link's newly acquired lust for blood became the first problem to tackle... saying "I do" came next. 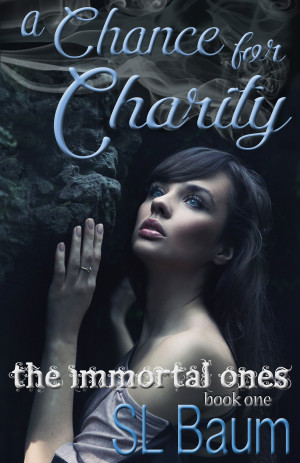 If you live LONG enough... love (and danger) will find you. Meet Charity and Link... Charity (aka Emily) is struggling with the reality that her two lives are coming closer to each other with each passing day. Link will soon find himself wrapped in a supernatural world that he never knew existed – and discover that mortals are not the only beings that walk this earth.

You have subscribed to alerts for S.L. Baum.

You have been added to S.L. Baum's favorite list.

You can also sign-up to receive email notifications whenever S.L. Baum releases a new book.