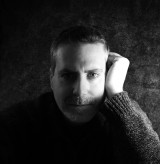 I was one of those kids who daydreamed his way through school. All the little adventures I'd concoct in my mind were far more interesting than math or tests or sport. Somehow, I passed the important bits (art and english) and moved on, but always with a creative perspective to my life.

It was around 1992 when the magic of reading really sunk into me, for it was then I discovered fantasy novels. Feist, Salvatore & Eddings showed me worlds that fired my imagination, and from that point on I knew I wanted to write the stories that flitted around the recesses of my imagination.

Unfortunately, I spent most of the next fifteen years dealing with poor health, including resultant chronic fatigue syndrome which interfered with my life immeasurably, but gave me ample time for thought. An abortive attempt to create a story happened around 1996, but I look back on such things as stepping stones on the road to where I wanted to be.

My first complete novel was actually done back in '03, but it was a derivative work based on elements from other stories, something I didn't realise until after I'd written it. The mind can do funny things if you don't keep it on a tight leash! Still, there were some unique points to the story I kept, so I scrapped the rest and began a completely new for Neverwinter Nights, that RPG video game thing you may or may not have heard of.

The story was so successful (filled with rich, creamy character development) that I lamented that only people playing the game would ever see it. In 2009, with my health improving, I resolved to novelize the stories I'd written, in addition to developing the world in which they exist as the basis for a new fantasy series.

I consider those stories to be merely the first iteration of the saga, for my novels have evolved far beyond the original scope, in terms of detail, plot and character building. Looking back on it now, I can see my style has evolved a very long way from those humble beginnings indeed.

Oh, I also paint. You can expect to see more cover art with each title, becoming more technically sophisticated each time.

What is your e-reading device of choice?
I've got an old-style Kobo half-filled with all of my favourites. Having so many books in the palm of my hand is pretty cool!
When did you first start writing?
I always enjoyed creative writing back in primary school. The tv show Star Blazers was a huge motivation for me, so my first 'books' were little space adventures! In terms of trying to write a novel, I began in the early 90's when I wrote the first half of a D&D style adventure that wasn't very good. I switched to fantasy writing when I came to the realisation that I simply didn't have the technical grounding to write proper sci-fi. Fantasy suited my vivid imagination too!
Read more of this interview.

The Aielund Saga by Stephen L. Nowland
The saga of Aiden Wainwright, a young man swept up in grand and perilous events to prevent the destruction of his home kingdom of Aielund.

Soldiers of the Crown
Price: Free!

The Ballard Trilogy by Stephen L. Nowland
A multi-title epic fantasy series covering the adventures of Aislin Ballard as she and her companions track down the source of a threat to their kingdom.

In The Wake Of War
Price: Free!

The Fortress of Gold
Price: Free!

Upon the Ashes of Empire
Price: Free! 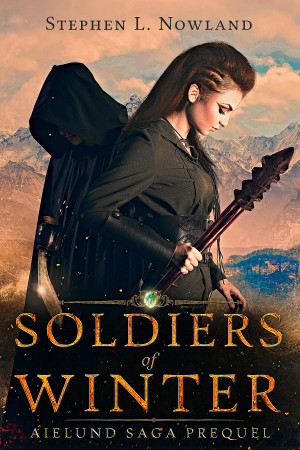 Soldiers of Winter by Stephen L. Nowland
Series: The Aielund Saga, Book 0. Price: Free! Words: 15,470. Language: English. Published: March 8, 2019. Categories: Fiction » Fantasy » Epic, Fiction » Young adult or teen » Science Fiction
Aiden is a curious intellectual, constantly at odds with his parents. He’d rather read a book than plow a field or swing a sword. Pacian is the drunkard baker’s son, his family name little more than mud. Yet, when he discovers the truth behind the death of his best friend’s brothers, a dark history of violence in his past won't let him look the other way. 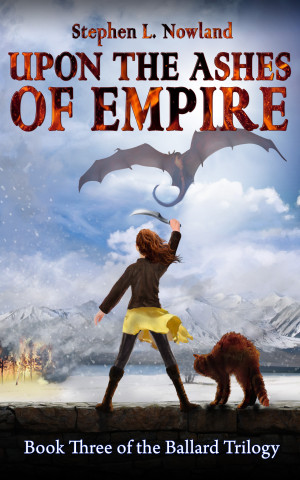 Aislin Ballard and her companions pursue the tyrant who captured their ally and friend into the very heart of enemy territory. While she and her companions may be on a mission to save their friend, Aislin finds herself in a unique position to try and save her enemies from themselves. 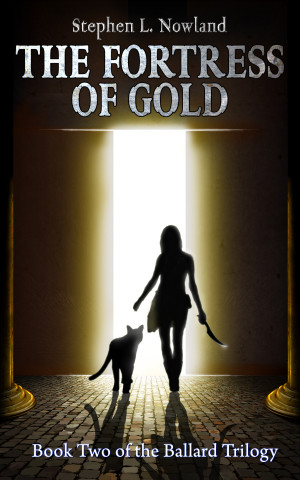 Aislin Ballard and her companions journey south in pursuit of the man behind the assault on her home town. Together, they must cross dangerous desert lands, brave bizarre magic and avoid clashing armies as they travel to the legendary mountain city of Aurumgaard where they risk being swept up in regional events beyond their control. 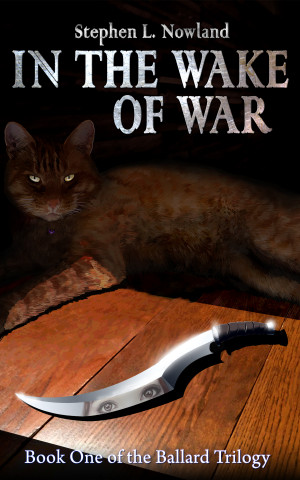 After a long war, peace has finally settled over town of Bracksford as the townsfolk struggle to rebuild. A young girl is haunted by the memories of violence seen and family lost, yet when the spectre of war threatens to engulf the region once again, she and a group of companions find themselves the only ones able to avert a new conflict before it begins. 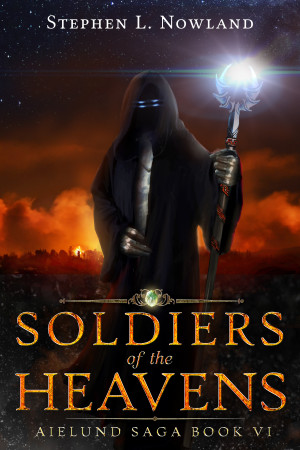 Beyond the power plays of kings and men lie the puppet masters, watching and manipulating events from behind the scenes, pitting kingdoms against one another for malevolent reasons known only to them. Aiden Wainwright, wearied from conflict, must chose whether to walk away from the only chance at bringing justice to these monsters, or to take up arms for one final confrontation. 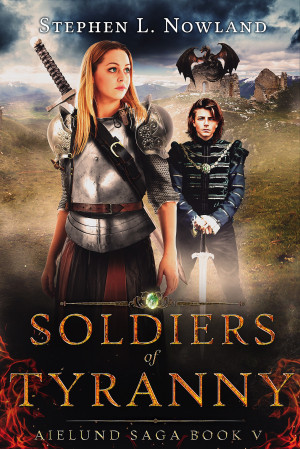 Emotionally scarred from the war, Aiden Wainwright joins with his old companions and attempts to force a peaceful solution to the conflict, all the while convinced the king and his wizard have taken the ancient armour of power and seek to use it to bring a new era of tyranny to the realm. When the truth is finally revealed, events take an unexpected turn that may bring devastation to both realms. 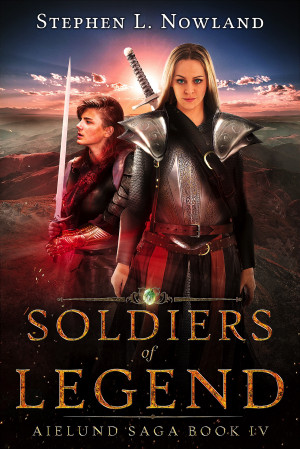 The countryside is awash with deserters and brigands fleeing the war, and Aiden Wainwright and his companions must face down old enemies and forge new alliances to aid the beleaguered country in the impending clash against their relentless enemy. But before the confrontation, Aiden must learn the answer to a question of singular importance: How do you kill that which cannot be killed? 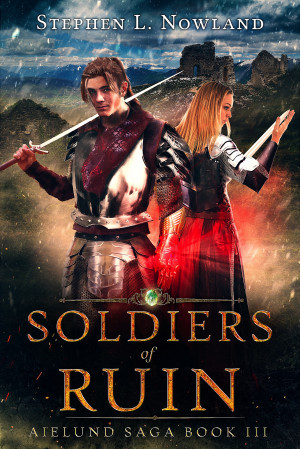 Aspiring adventurers Aiden Wainwright and Pacian Savidge are tasked with tracking down an obscure relic, but the two friends are at odds and their comrades are forced to choose sides as they scour the land for the lost artefact. Only their valour and determination will see them through as they uncover ancient evils determined to assail their every move. 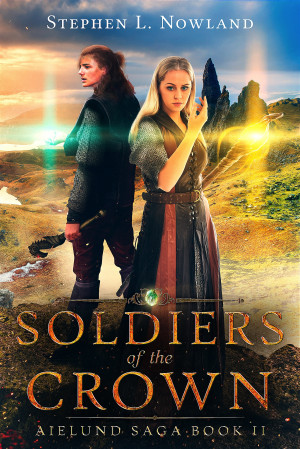 From the peril of the high seas to the urban landscape of Fairloch, capital of Aielund, Aiden Wainwright and his companions are charged with protecting the only heir to the throne whilst seeking out the conspirators that plot her capture, and who will stop at nothing to achieve their goals. 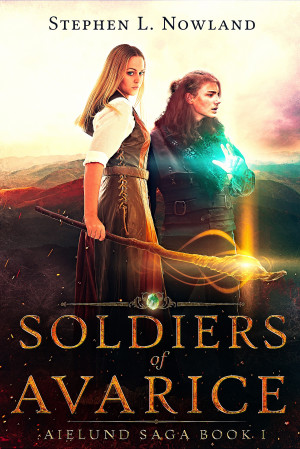 Aiden Wainwright was the son of a wagon maker in a small country town where nothing interesting ever happened, until a chance encounter with a strange relic changed him forever. His resourcefulness and courage are put to the test when he travels to a nearby town and finds the place on the brink of disaster. Aiden must marshal his limited resources to aid the town and uncover the villains.

You have subscribed to alerts for Stephen L. Nowland.

You have been added to Stephen L. Nowland's favorite list.

You can also sign-up to receive email notifications whenever Stephen L. Nowland releases a new book.