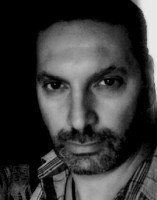 Sean Achilleos is a Singer, Songwriter, Painter and Poet/Writer from Port Elizabeth Southern Africa. He has enjoyed various television and radio success mainly with his music. His poems are not traditional, but rather philosophical. Sean Achilleos writes what most people think or feel, but are not always able to convert into words. The keyword is "identification". The experience may not always be the same, but the emotion might.

What are you working on next?
My next piece of writing will probably be a true love story.
Who are your favorite authors?
I don't particularly have any favorite authors, but I enjoy Danielle Steel, Eckhart Tolle and Don Miguel Ruiz.
Read more of this interview.

Where to find Sean Achilleos online

Who Am I - by Sean Achilleos
"Who Am I" is a multifaceted universal song. It's in the ears of the listener to determine which perspective he\she identifies to. This is a song with no boundaries regardless of your sexual orientation, religious views or cultural differences. "It's not about religion, sexual orientation or skin colour, but it is in fact ALL about LOVE. The question was never ... What are you? ... but rather ... Who are you?"- Sean Achilleos

Sean Achilleos - Snowman
Everyone has found themselves falling in love with someone that did not love them back at least once in their lives. This song is about the chase when one pursues such a person. The song takes a different direction in the second verse. Now you've realized that it's no good pursuing a person that doesn't love you back and you've let the situation go. Ironically once you've decided to let it go the other person in question starts pursuing you.

Sean Achilleos - The Last Song
Copyright obtained from NORM (National Organisation for Reproduction Rights in Music in Southern Africa Ltd.) (Taupin\John) UNIVERSAL 400946 "The Last Song" is the second single from Elton John's 1992 album, The One. It was composed by John, with lyrics provided byBernie Taupin. 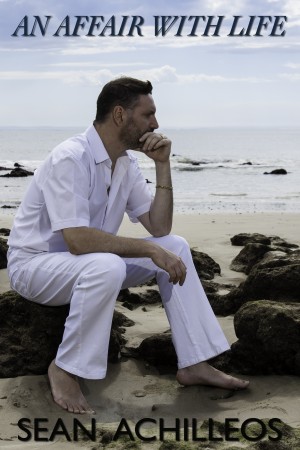 You have subscribed to alerts for Sean Achilleos.

You have been added to Sean Achilleos's favorite list.

You can also sign-up to receive email notifications whenever Sean Achilleos releases a new book.