Tony Burton, born in the UK, first visited Mexico in 1977. He has an MA in Geography from Cambridge University and a teaching qualification from the University of London. He is a Fellow of the Royal Geographical Society and a former Chief Examiner in Geography for the International Baccalaureate Organisation.

He lived and worked full-time in Mexico (as a writer, educator and ecotourism specialist) for 18 years and continues to revisit Mexico regularly since relocating with his family to Vancouver Island, B.C., Canada.

He edited the Lloyd Mexican Economic Report for 12 years and has written extensively on Mexico's history, economics, tourism, ecology and geography. His work has been published in numerous print and online magazines and journals in Mexico, Canada, the U.S., Ireland and elsewhere. He won ARETUR’s annual international travel-writing competition for articles about Mexico on three occasions.

His books on Mexico include "Western Mexico: A Traveler’s Treasury" (2014), now in its fourth edition, "Lake Chapala Through the Ages, an Anthology of Travelers' Tales" (2008), and "Mexican Kaleidoscope: myths, mysteries and mystique" (2016). His cartography includes the best-selling "Lake Chapala Maps", first published in 1996. Tony is the co-author, with Dr. Richard Rhoda, of the landmark volume "Geo-Mexico, the Geography and Dynamics of Modern Mexico" (2010).

Where to find Tony online 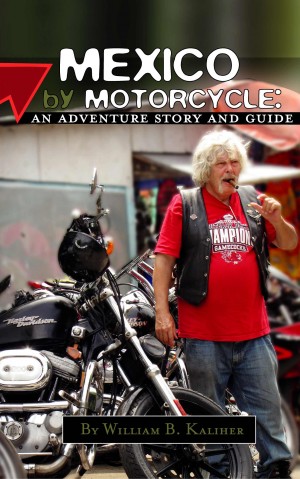 Mexico by Motorcycle: An Adventure Story and Guide by William B. Kaliher
Price: $7.49 USD. Words: 55,230. Language: English. Published: December 6, 2016 by Tony. Categories: Nonfiction » Travel » Trip Journals, Nonfiction » Sports & outdoor recreation » Motorcycling
Mexico by Motorcycle: An Adventure Story and Guide documents Bill Kaliher's travels off the beaten track in 1971 and again in 1993. With travel tips and sound advice gained since his first trip in 1964, this is a book for the armchair traveler, the bike aficionado, and Mexico fans. Read it before you cross the border, then tuck it in your backpack or purse as a reference on the road.

You have subscribed to alerts for Tony.

You can also sign-up to receive email notifications whenever Tony releases a new book.