I am a writer, a filmmaker, an artist, and an amateur game developer. I dabble in music occasionally. I live in Houston.

What are your five favorite books, and why?
Hmm. That's kind of a good question. My favorite book is 1984 by George Orwell, because I love dystopian fiction and that book is pretty much HERE and NOW as we know it.

I also love Good Omens by Neil Gaiman and Terry Pratchett. One of the funniest books I've read. Such dry and Pythonesque humor in such a grim, dark situation as Armageddon. It really is Something only the Brits could make a truly and genuinely funny joke about.

Another book I love is Do Androids Dream of Electric Sheep by Phillip K. Dick. Of course, we all know it was the basis for the film Blade Runner, but there's quite a bit more to it than that. Anyone who has read the book can attest to the fact that Blade Runner is almost COMPLETELY different from Do Androids Dream of Electric Sheep. And this is what makes the book so appealing to me. I like the philosophical ideas and the weird imagery described within the pages. It's so different.

One other book I kinda-sorta enjoyed was Neuromancer by William Gibson. I liked it alright, but I didn't quite understand much of it. The way Gibson described cyberspace, and the experience of what goes on within, it was kinda confusing to me. I don't know. It's supposed to be a classic. I'm in the midst of rereading it, and I'm actually getting it a little more. Not to mention enjoying it more.

Unfortunately those are the only ones I can think of offhand that I've read and enjoyed enough to make them my favorites. But I am quite a voracious reader, and I am reading a lot of books at the moment, among them Made to Kill by Adam Christopher, The Big Sheep and Starship Grifters, both by Robert Kroese, The War of the Worlds by H.G. Wells, Who Censored Roger Rabbit by Gary K. Wolf, Christine and The Long Walk, both by Stephen King, American Gods by Neil Gaiman, Peacemaker by Marianne DePierres, Vermillion by Molly Tanzer, Jaws by Peter Benchley, and The Hobbit by J.R.R. Tolkien. I plan on reading many more books in the future, as there are quite a lot coming soon that I am looking forward to.
What do you read for pleasure?
Mostly science fiction. Space opera. Cyberpunk. Post-apocalyptic. Occasionally I dabble in fantasy, horror, mystery, and even some historical fiction and nonfiction. But for the most part, nothing can top a lazy afternoon sitting down with a nice little sci-fi novel. Rocket ships. Aliens. Robots. Lasers. Planetary romance. Space babes in distress. There is really just nothing like it.
Read more of this interview.

Where to find Jack Kelley online 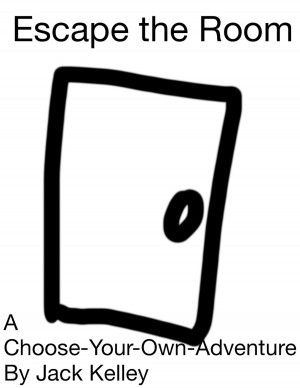 Escape the Room by Jack Kelley
Price: $1.99 USD. Words: 1,780. Language: English. Published: September 12, 2018. Categories: Fiction » Children’s books » Interactive Adventures
You wake up in a room. Well, this is a bit of a predicament, isn't it? Do you use the key on the table with the door? Or just open the door without the key? YOU decide! It's the first Choose-Your-Own-Adventure I've ever written! Good luck! 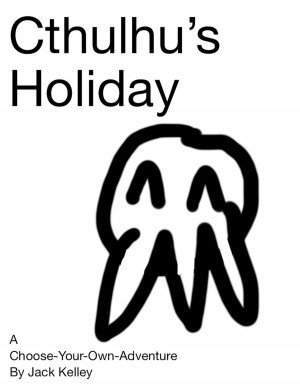 Cthulhu's Holiday by Jack Kelley
Price: $1.99 USD. Words: 2,900. Language: English. Published: September 11, 2018. Categories: Fiction » Children’s books » Interactive Adventures
You are Cthulhu, the lord of madness! You decide to take a break from planet eating and unspeakable horrors to just chill and have fun. Will you eat Europe or Asia for breakfast? Will you go to work? Watch TV? Go back to sleep? YOU decide! It's a Choose-Your-Own-Adventure with Cthulhu! Good luck! 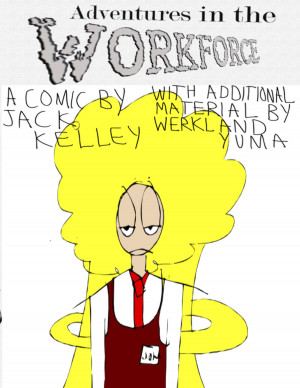 An Adventure in Customer Service (A.K.A. Adventures in the Workforce) by Jack Kelley
Price: $0.99 USD. Language: English. Published: February 12, 2017. Categories: Fiction » Graphic novels & comics » General
Based on an actual occurrence, this comic is a super accurate and totally true account of one day at one of my former jobs.

You have subscribed to alerts for Jack Kelley.

You have been added to Jack Kelley's favorite list.

You can also sign-up to receive email notifications whenever Jack Kelley releases a new book.