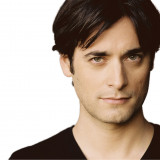 Stephan Paternot is co-founder & CEO of Slated, the world’s first online film finance marketplace. Powered by machine-learning analytics, over 1,200 listed films have received over $1.25 billion in investor introductions as of 2018. Over half of this year’s Sundance Film Festival selections and Oscar nominated films were made by Slated members in producing, directing, and writing roles. Stephan is also co-founder of PalmStar, a film production and financing company started in 2004 which has produced and financed 30+ films including HEREDITARY (2018), COLLATERAL BEAUTY (2016), SING STREET (2016) and JOHN WICK (2014). Stephan is also the founder and general partner of the Actarus Funds. Founded in 2002, these angel funds have backed such companies as LendingClub, SecondMarket, Indiegogo, AngelList, Digital Currency Group, and many more.

Prior to this he co-founded one of the first Internet community sites, theglobe.com in 1994. The company set stock market history when it went public in 1998 with a record setting IPO pushing the company valuation to over $1 billion. Over a six-year span the company grew to over 300 employees with the website becoming one of the top thirty most trafficked sites in the world with nearly 10% of all internet users visiting the site monthly. In 1999 Stephan won the Ernst & Young Entrepreneur of the Year Award and in 2001 published “A Very Public Offering”, a non-fiction business book detailing his experience at theglobe.com. Before founding the company Stephan attended Cornell University where he earned a Bachelor’s degree in Computer Science. Born in Palo Alto, Stephan spent his formative years in Switzerland and the U.K. before moving to New York City and Los Angeles.

Where to find Stephan Paternot online 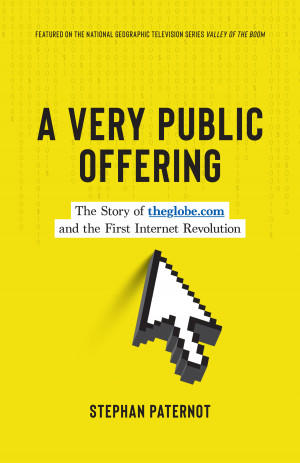 A Very Public Offering: The Story of theglobe.com and the First Internet Revolution by Stephan Paternot
Price: $9.99 USD. Words: 69,880. Language: English. Published: February 13, 2019. Categories: Nonfiction » Biography » Personal memoir, Nonfiction » Computers & Internet » Biography
In the volatile world of internet start-ups, it can take just a nanosecond to lose it all.

You have subscribed to alerts for Stephan Paternot.

You have been added to Stephan Paternot's favorite list.

You can also sign-up to receive email notifications whenever Stephan Paternot releases a new book.