I started to play the piano as a little child and became interested in all music classical forever. Then I worked as an English teacher for 30 years, mostly in Hungary, where I also taught trainee teachers for over a decade, and also in China. I met and started to accompany my friend, soprano Zhong Jun Shen there. After she had moved to the Netherlands, we resumed work again, and after careful planning and research, we wrote this book. She had studied and worked in China and in the Netherlands. We are both freelance now, giving concerts when possible. I have been working with other singers for a while too.

Where to find Peter Simon online 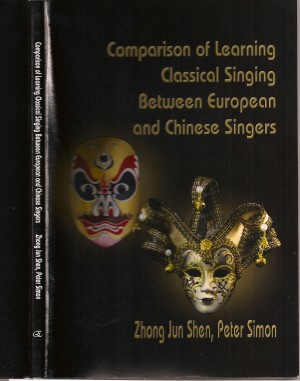 Comparison of Learning Classical Singing between European and Chinese Singers by Peter Simon
Price: $11.99 USD. Words: 55,370. Language: English. Published: April 11, 2011. Categories: Nonfiction » Music » Voice
This new book compares East-West learning styles in classical singing. Even if there are language barriers, the common denominator of song has always knocked down the walls of cultural differences to bring about the enjoyment of music. The book is for singers and music teachers who grapple with differences in singing techniques, languages and cultures.

You have subscribed to alerts for Peter Simon.

You have been added to Peter Simon's favorite list.

You can also sign-up to receive email notifications whenever Peter Simon releases a new book.