Tony Miles is a Jamaican Government pensioner who worked at the Customs and Excise Department for over thirty years. He became the first head of the Contraband Enforcement Team (CET) which was formed with the assistance of the US Customs. He benefited from numerous overseas and local training courses including investigative techniques, and was responsible for some of the largest discoveries of customs and excise breaches.
Tony ventured into the field of real estate at CAST now UTECH. and moved from salesman to a developer post retirement.
Tony enjoys writing,including opinion pieces for one of the leading newspapers on a freelance basis. He enjoys interacting with people of all ages and social strata. He is an avid sports enthusiast, favoring tennis, cricket, football, horse racing.
Tony enjoys watching television series with thought provoking story lines,enjoys discussions with a political flavor, current affairs,and biblical writings not clearly understood by the reader.
Tony is a divorcee and has fathered a daughter four sons ,three of which has produced four granddaughters. 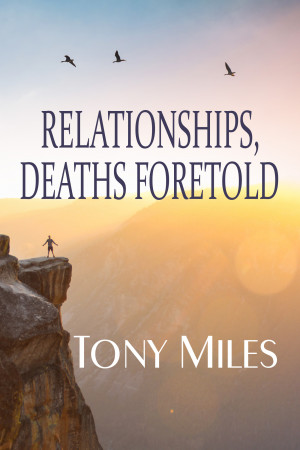 Death,Atonement Tears (DAT) by Tony Miles
Price: $2.75 USD. Words: 47,400. Language: Commonwealth English. Published: January 12, 2018. Categories: Nonfiction » Antiques & Collectibles » Americana, Nonfiction » Relationships & Family » Abuse / domestic partner abuse
Deception,hubris,greed,infidelity forgiveness, all embodied within the pages. Jessica's deception took her on a incestuous journey. A police officer suffered paralysis by a drunk driver yet forgave him. The contents reminds us that karma is real which should make us realize good governance on a personal level is best.Forgiveness, kindness, love liberates us from the shackles of hatred and greed.

You have subscribed to alerts for Tony Miles.

You have been added to Tony Miles's favorite list.

You can also sign-up to receive email notifications whenever Tony Miles releases a new book.