Hi folks. So you want to know more about the author?

I have long felt like an old curmudgeon trapped in a young person's life. Now that my chronological age has caught up with my mental age, life has become a lot more fun. I have a passion for fixing up my home; currently I am remodeling our nice little 1950s ranch house which is sorely in need of a little love and attention. My son and I love to visit amusement parks and plan to sample every one eventually. But as this is an expensive and time consuming hobby, I am forced to find other ways to entertain myself between trips. I enjoy touring by car and visiting the landmarks and historical sites wherever I go and am not above posing beside the world's largest frying pan or with my head in the holes of ye olde stockes. I have traveled to or through or even lived in twenty-eight states and four countries other than my native USA. I have yet to visit Europe and consider that a terrible failing on my part. I am a true American, mongrel through and through, one quarter German or maybe Dutch, one quarter Scotch Irish (we think), half Native American (but even that half is from two different People). I come from hill folk, hillbillies to you city slickers. But I escaped that fate and have been trying to recapture my heritage ever since. When my son and I are not out traveling, attending college, or working, we like to hang out with our neurotic but lovable dog, Jake and his sidekick Kat, the cat.

I have always been an obsessive reader. Somebody once compared readers who turn to writing to drug addicts who turn to dealing. Well, you have to support your habits somehow. As my mother would tell you, I often was late to school because I was reading the back of the cereal box. It is all Doctor Suess' fault. I once attempted to steal The Happy Birthday Bird from the St. Louis Library. My mother let me read it "one more time" before making me return it. So she is partly to blame not only for that little indulgence but the many hours of great story telling we begged off her as kids. Of late I have found writing to be an interesting way to kill time while in forced isolation in places like Camp Spyker, Iraq, Sharana, Afghanistan or Clovis, New Mexico. I mostly find time to write while away from home, but that may change now that I am staring down the barrel of retirement. Hope you enjoy reading my drivel; I am going to be prolific. 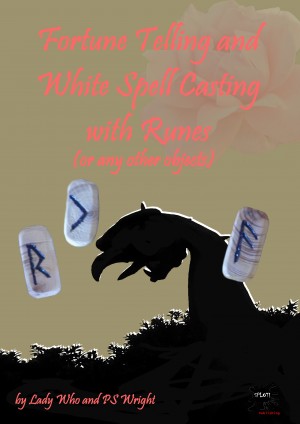 Fortune Telling and White Spell Casting With Runes Or Any Other Objects by P. S. Wright
Price: $0.99 USD. Words: 7,920. Language: English. Published: March 31, 2016. Categories: Nonfiction » New Age » Fortune telling
Lady Who's helpful booklet on fortune telling and casting spells using runes. Opens the door to runes for those new to divining or who have not tried reading runes yet. Also explains the use of the thirteen piece set of Fairy Coins and provides a brief introduction to sand dribbling. 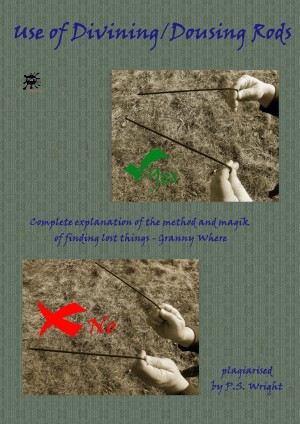 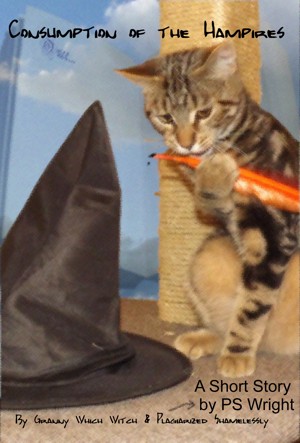 Consumption of the Hampires by P. S. Wright
Price: Free! Words: 11,260. Language: English. Published: May 5, 2012. Categories: Fiction » Fantasy » Short stories, Fiction » Children’s books » Fairy tales & fables
Granny Which Witch's original whopper as related to the author by the groom. Some people are more than they seem. Some are much worse. Some people are exactly as they appear, and they're often the worst sort. The groomsman is convinced to lead a rabble in arms to throw off the shackles of vampiric tyranny. All goes better than expected until he is appointed to find new royalty to replace them. 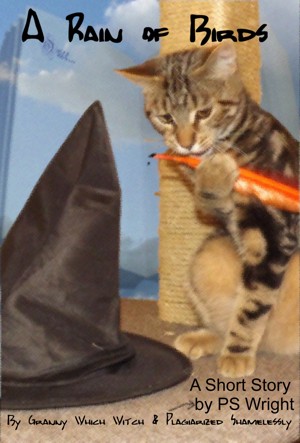 A Rain Of Birds by P. S. Wright
Price: Free! Words: 4,040. Language: English. Published: March 22, 2012. Categories: Fiction » Children’s books » Fairy Tales & Folklore / Country & Ethnic, Fiction » Children’s books » Nature & the Natural World / Weather
PS Wright has plagiarized another of Granny Which's tales. This time, a bit of a family tall tale has turned up in the wrong universe. When a couple of youngsters wander along the river, they have an odd encounter and experience some most unusual weather. Lucky for Augustus Deforest, May has brought along her umbrella. The wily old catfish known as grey beard doesn't stand a chance. 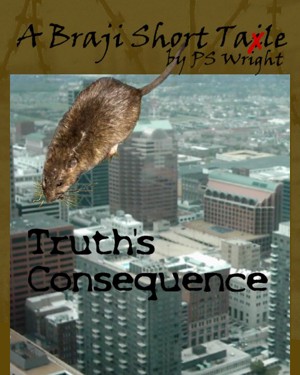 Truth's Consequence, A Braji Short Tale by P. S. Wright
Price: Free! Words: 4,960. Language: English. Published: February 18, 2012. Categories: Fiction » Themes & motifs » Psychological, Fiction » Young adult or teen » Social Issues
A further exploration of Kraut's life after Brajilliana. Kraut must make the difficult decision to tell the truth. He learns that truth does not set you free, or even relieve the pain of regret, but it just might set you on a new course for a better life. A short, short story based on a character from the novel Braji. 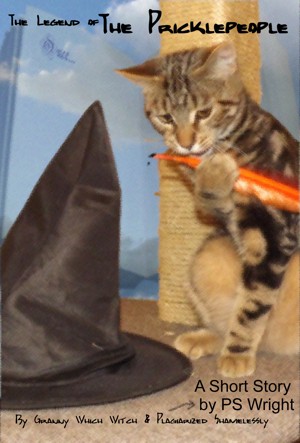 Legend of the Pricklepeople A Short Story by Granny Which Witch and Plagiarized Shamelessly by PS Wright by P. S. Wright
Price: Free! Words: 6,220. Language: English. Published: February 12, 2012. Categories: Fiction » Children’s books » Fairy tales & fables, Fiction » Fairy tales
Carnegiea Saguaro travels to the mountains to make an alliance with the mountain Pines against the Agaves. Joshua Tree, sends her to the top of the mountain to hum the witch away. Joshua Agave thinks himself clever, but in the end, the joke may be on him. The fate of the pricklepeople and their human friends lays in the balance when the winter witch demands a blossom more beautiful than Datura. 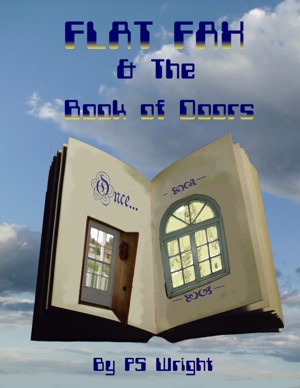 Flat Fax And The Book Of Doors Illustrated by P. S. Wright
Price: $1.99 USD. Words: 106,080. Language: English. Published: December 6, 2011. Categories: Fiction » Children’s books » Fairy tales & fables, Fiction » Young adult or teen » Fantasy
Most boys like robots but very few become robots. This is the story of one boy who did. Warning, this fairy tale is badly infected with science fiction. Flat Fax, an invisible fairy, and an ogre named Klutz face The Authority, Lord Terrier of the Terrible Trees, and Mistress Why on their way to the birthday party Flat Fax is sure his mother has planned for him. 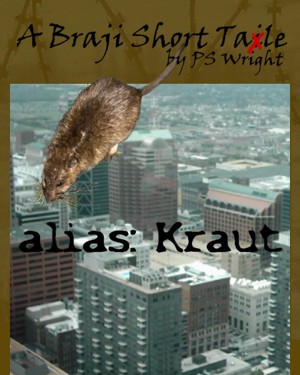 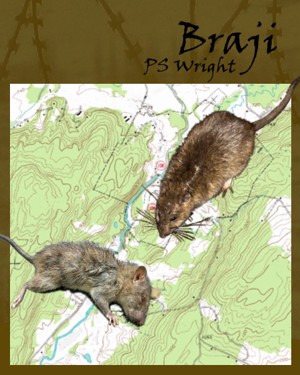 Braji by P. S. Wright
You set the price! Words: 190,830. Language: English. Published: August 23, 2011. Categories: Fiction » Plays & Screenplays » American
What happens when a consortium of private investors builds the first ever maximum security prison specifically for the offspring of participants in the Brajilliana project? 3,312 juvenile prisoners and 508 adult guards were sent to this juvenile detention and rehabilitation facility but, only 313 prisoners returned.

You have subscribed to Smashwords Alerts new release notifications for P. S. Wright.

You have been added to P. S. Wright's favorite list.

You can also sign-up to receive email notifications whenever P. S. Wright releases a new book.