Timothy Starr has spent his professional career as a business officer, but took an interest in local history upon moving to Saratoga County. In his spare time, he has authored fifteen local history books, concentrating mainly upon Capital Region inventions, industries, and railroads, and wrote dozens of articles for local magazines and newspapers.

Where to find Timothy Starr online 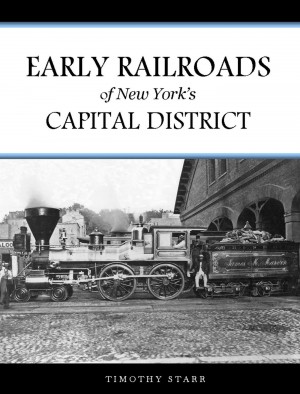 Early Railroads of New York's Capital District by Timothy Starr
Price: $6.99 USD. Words: 42,710. Language: English. Published: March 14, 2016. Categories: Nonfiction » History » American
“Early Railroads of New York’s Capital District” is a thorough history of the Capital Region’s early railroad history from 1826 to the turn of the century, featuring the first three railroads in the state. It details such famous railroads as the Mohawk and Hudson, Rensselaer and Saratoga, Delaware and Hudson, and New York Central, as well as the first horse car and trolley lines. 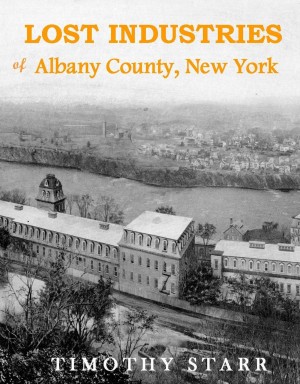 Lost Industries of Albany County, New York by Timothy Starr
Price: $6.99 USD. Words: 41,150. Language: English. Published: March 14, 2016. Categories: Nonfiction » History » American
From its origins as a fur trading post before the Revolution to its transformation into New York’s capital and the hub of transportation networks, Albany County became one of the earliest and greatest industrial centers of America. Albany’s little-known industrial era, which has largely faded into history, is contained in this one well-illustrated volume for the first time.

You have subscribed to alerts for Timothy Starr.

You have been added to Timothy Starr's favorite list.

You can also sign-up to receive email notifications whenever Timothy Starr releases a new book.