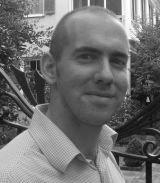 Steven Nelson spent his childhood in Spain and moved to the U.S. at age 10, going on to study Business and History, including a year in Germany. Fascinated with storytelling since a boy, he has written numerous works of historical fiction, diving into the past for inspiration. His first published work is the authentic, translated manuscript of his Spanish ancestor’s memoirs from the 1800s. Next we will follow a band of fellows during the early Middle Ages, a fascinating time with its barbarian invasions, clashes between cultures, the slow fall of Rome, and for being known by that abused name: “the Dark Ages.”
More than anything he wants his reader to awaken in a bygone world that after so long still reaches out to us today. He is experimenting with interactive fiction, giving the spotlight to you, the reader, to face the moral conundrums of the heroes and take responsibility for the lives of our protagonists. Steve Nelson has worked as a language teacher, waiter and currency trader, living of late in Cincinnati.

What have you written?
I have published Memoirs of a Rum-Runner - the translated manuscript of my ancestor’s memoirs from the 1800s. It was truly amazing discovering this gem in the old Spanish language and then like a sculptor trying to bring it into English while being faithful to the original. I have also written a novel named Sic Semper Libertati (a play on the state motto of Virginia) about what happens when the demands of the state become unbearable, and when people stand their ground - even when faced with the barrel of a gun. I don’t plan on publishing this book, although it was a great learning experience.
When did you first start writing?
When I was a kid we would take the movies and video games we played and write and draw our own versions of them. A lot of times I would take minor characters that we liked and create our own story for them. Sort of a 7-year old’s fan fiction.
Read more of this interview.

Where to find Steven Nelson online 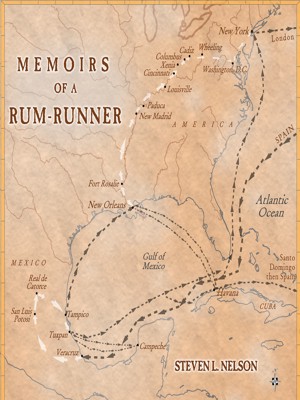 This is the true life story of a Spaniard in the New World. Landing in Mexico as a boy in 1816, Clemente is at heart an entrepreneur, or mafioso; he hustles through wars, gambles against revolutionaries, teetering from one side of the law to the other. Between Havana, Tampico and New Orleans, he amasses fortunes and shakes his fist at death. A bronze statue of him still stands in Utrera, Spain.

You have subscribed to alerts for Steven Nelson.

You have been added to Steven Nelson's favorite list.

You can also sign-up to receive email notifications whenever Steven Nelson releases a new book.