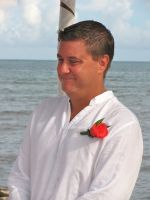 Steve Umstead has been the owner of a Caribbean & Mexico travel company for the past ten years, but never forgot his lifelong dream of becoming an author. After a successful stab at National Novel Writing Month, he decided to pursue his dream more vigorously...but hasn't given up the traveling.

Steve lives in scenic (tongue-in-cheek) New Jersey with his wife, two kids, and several bookshelves full of other authors' science fiction novels. More information is at SteveUmstead.com, and you can always find him on Twitter (@SteveUmstead).

Where to find Steve Umstead online 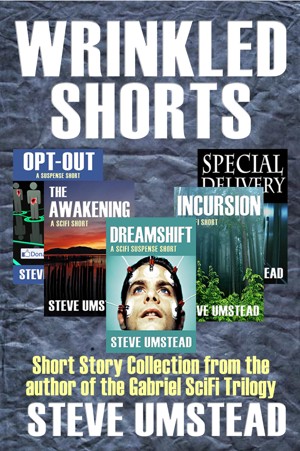 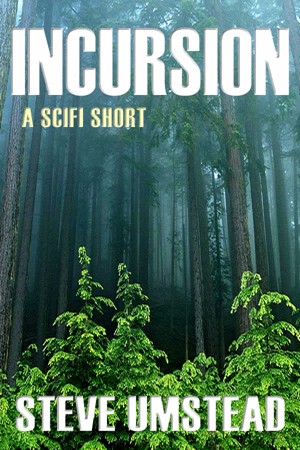 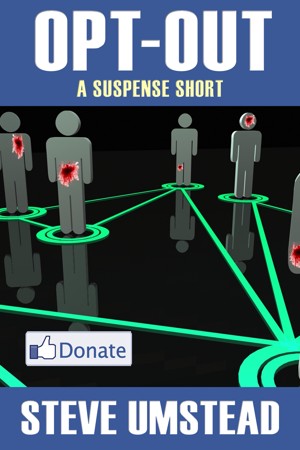 A global social network announces an initiative to encourage its nearly one billion users to donate organs and body parts with just the click of a mouse. Millions of potential transplant recipients rejoice, but there is a dark side. For a young, newly engaged professional in Portland Oregon, that dark side arrives wearing a smile and designer suit during a chance encounter at a train station. 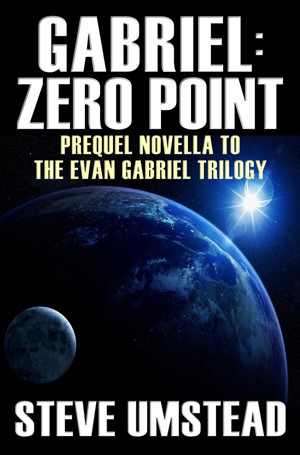 Evan Gabriel wasn’t always a feared and respected North American Federation Navy Commander. Before dangerous missions to the ice-bound planet of Poliahu, the deadly jungle world of Eden, and politically corrupt Mars, he was a simple recruit, fighting to make his mark in the elite Naval Special Forces…and was part of a top-secret military experiment that would change his life forever. 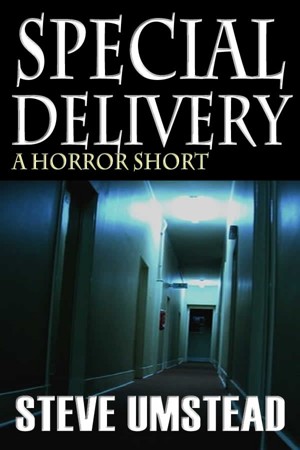 Kerry Jensen is nervous about her upcoming blind date, and one glass of wine isn’t doing the trick. Before she has an opportunity to pour a second, there’s a knock at her door. Her blind date is early, but it’s an unexpected package that will change the rest of her night — and possibly her life. 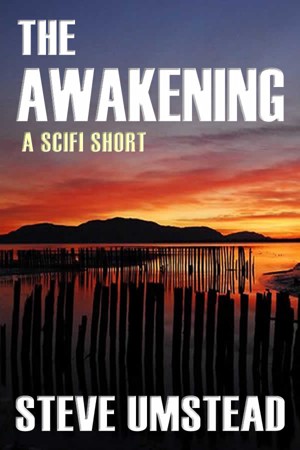 Robert has been running the Monhegan Island-to-mainland Maine ferry for years. This morning, however, he and his boat are greeted by mysterious lights emanating from the small rocky island. Was it too much mezcal the night before, or something more ominous? No one greets him when he ties up to the dock, and not a structure is in sight - all the houses and buildings have disappeared... 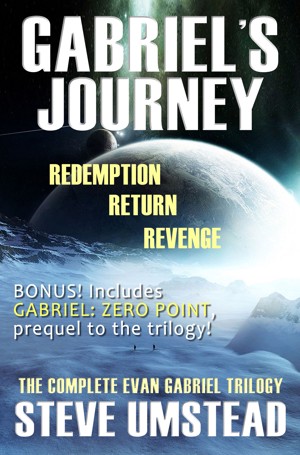 GABRIEL’S JOURNEY - BOX SET THE COMPLETE GABRIEL TRILOGY ~Now includes GABRIEL: ZERO POINT, the prequel to the trilogy Follow North American Federation Navy Commander Evan Gabriel as he crosses the galaxy searching for Redemption, Returns to where it all began, then finally seeks Revenge on those responsible. Military science-fiction adventure at its best! 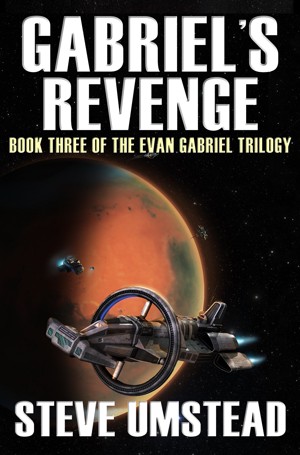 North American Federation Navy Commander Evan Gabriel thought it was over. Returning from a mission on the far-off world of Eden, he finds that Mars is in a state of political upheaval. Two major dome cities are now under the control of ambitious and ruthless men backed by the scheming South American Republic. Friends are in trouble, Renay Gesselli is missing, and the future of a world is in flux. 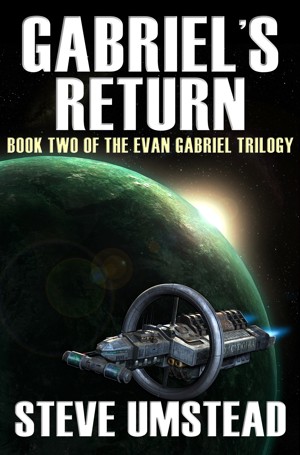 Gabriel's Return by Steve Umstead
Series: Gabriel Trilogy, Book 2. Price: $4.99 USD. Words: 83,930. Language: English. Published: August 29, 2011. Categories: Fiction » Science fiction » Adventure, Fiction » Science fiction » Military
On the far-off icebound planet of Poliahu, Commander Evan Gabriel suffered the loss of team members in order to free a native species and save his brother. Now he is being called away on a new mission by a friend in trouble, and by a name from his distant past. He and his surviving team must again travel across the galaxy to the planet where he lost his naval command, and his original team: Eden 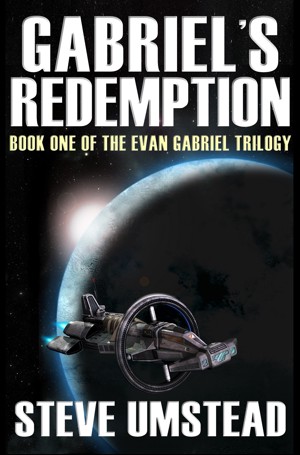 North American Federation Navy Commander Evan Gabriel was dishonorably discharged after losing his covert team on a far off world called Eden. Now, he’s being offered an opportunity to command a new team, on a new world, with a new mission, but the true motives behind the mission are unclear. Book One of the Evan Gabriel Trilogy

You have subscribed to alerts for Steve Umstead.

You have been added to Steve Umstead's favorite list.

You can also sign-up to receive email notifications whenever Steve Umstead releases a new book.