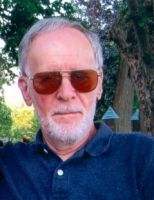 I was born in New York City in 1928. My father had flown airplanes made of canvas and sticks in WWl, in France, while my mother had sung and danced in vaudeville. Everything was fine until the Crash of 29. What I recall is a series of one-bedroom apartments and hard times, but my older sister and I had no complaints since this was simply the way things were, and many were worse off than we were, some of whom we occasionally took in for a week or two. People shared back then.

As a child I was always drawing with pencil and crayon, and painting with oils on cardboard. But most important at the time, I was a street kid along with hundreds of others and loved it. I shined shoes, sold newspapers, carried wet wash for Wong's laundry, delivered groceries, then worked in a ping-pong paddle factory and various warehouses. For a few months in 1945 I served below decks in the engine room in the U.S. Maritime Service, before segueing that winter into the Army Engineers, which consisted of building things, blowing up things, and running machinery.
Are you bored yet? No? Okay:

I worked as an accounting clerk for a steamship line, shared driving big rigs interstate (first trip about 3800 miles, no super highways), then as a wire lather (way up) constructing high-rise apartment buildings. In 1949 I began using my G.I Bill: Fine art at the Art Student's league of New York, and in 1950 at the Workshop School of Advertising and Editorial Design and Illustration, where I met my future, and very talented, wife, Lorraine, to whom I've been married for 60 years. After one semester she left to attend The Parson's School of Design. When my G.I. Bill expired I returned to the Art Student's League at night, paying my way for a couple of years by running elevators, including the "tower car," in the Wall Street Bank that was the model for the one I used in Three At The Center Of Rage. Yes, as my character Charlie did, I had occasion to climb from the boardroom to the bank's roof at 2 or 3 in the morning, absent Charlie's rage, of course, to admire the amazing view.

I designed record album covers but never went into advertising or illustration. Rather, having seen my wife's work in decorative product design, I followed suit working on staff as a designer for 3 companies before, in 1963, creating my own design studio in midtown Manhattan, eventually becoming a consultant designer and design director for a number of corporations. Meanwhile we had two beautiful daughters, and in 1973 Lorraine became my full time partner. While all this was going on I attended a writer's workshop, at night, at what was then known as the New School for Social Research. Eventually, lucky for Lorraine and me, our children provided us with 5 wonderful grandchildren.

Retiring to Connecticut, Lorraine and I returned to fine art. Lorraine has shown in galleries and won many awards in juried shows. I focused on wildlife/nature in my paintings, then out of curiosity bought a computer, tinkered with it and studied web development at Western Connecticut University. I produced two websites (still on view): http://www.RyanArtDuo.com which is a gallery of our paintings, and http://www.UncleSammySays.com which was a decidedly left-of-center blog featuring my political rants and cartoons, most of which were devoted to trashing the Bush/Cheny administration. I say “was” because I have not updated either site since 2007, due to the fact that I was writing my novel, THREE AT THE CENTER OF RAGE, so the political blog is old news. Thanks for reading this.

When you're not writing, how do you spend your time?
My wife and I are both professional visual artists, so that occupies us; though she does it full time and I don't. We live in the country. In winter I shovel snow and split cordwood. In the summer I'm digging and hauling and gardening. My wife and I both read at breakfast and lunch--fiction, non fiction, history. At dinner we're together and watching the political news and discussing it while we eat. Luckily we're both Progressive. We're movie buffs, so we go fairly often. And we are lucky to have children, grandchildren and friends, with whom we speak on the telephone when we're not seeing them.
Do you remember the first story you ever wrote?
Yes, and it was very bad. I've improved a little.
Read more of this interview. 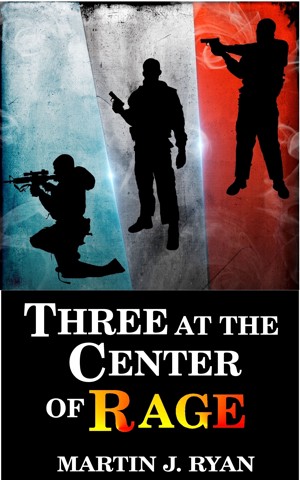 Three At The Center Of Rage by Martin J. Ryan
Price: $2.99 USD. Words: 279,090. Language: English. Published: March 24, 2014. Categories: Fiction » Thriller & suspense » Crime thriller
Detective Sergeant Frank Driscoll, investigates a botched execution by a shooter with unexpected connections, for which Driscoll travels a risk-laden path up the food chain to the business and political elites, rudely penetrating their polished space to uncover a world of laundered money and sex for government contracts, while posing a threat to those who know how to push back—hard.

You have subscribed to alerts for Martin J. Ryan.

You have been added to Martin J. Ryan's favorite list.

You can also sign-up to receive email notifications whenever Martin J. Ryan releases a new book.