WARNING THE STREAM LINER SERIES OF BOOKS HAVE STRONG HORROR SCENES, IF YOU ARE LOOKING FOR HAPPY ENDINGS PLEASE DO NOT BUY.

The Stream Liner is a powerful alien who crash landed on earth hundreds of years ago, his only goal is to somehow go home, he has no challengers on this planet, and humans to him are nothing more than ants. To keep him from not going insane he devises his own games, these games normally exist of people, men and women as he has no preference, where he can manipulate and make them do things that they would never normally dream of in their own life.
One of the main characters, a young girl by the name of Shannon is struggling to keep herself and her only brother left in this world away from the drugs and gang violence that is rife in their home town, the only problem is Ben her brother has no intention of keeping out of trouble, he has joined a gang and he thinks this is his best way of protecting his sister, he loves the control this gives him over other people. As in real the real world nothing in life is that simple, Shannon's life gets turned on its head as the books go on, finding love is the easy part keeping what she wants is another thing. What with the Stream Liner and a serial killer on the loose nobody is safe, one thing is for sure though Shannon has not come this far to lose what she has left in her life.
"You can run but you cannot hide from the Stream Liner." A six book series.

Inspiration
The Stream Liner Series was born out of a time in my life when I was at my lowest; my mentality was not in a positive place, I needed to leave reality and bury myself in a fantasy world, a world where I controlled what happened. Who lived who died who laughed and who cried? I quickly realized for me to cope with what was happening in my life at that time writing was the best way of escaping the pain I was in. I have absolutely no idea why my mind picked up the lap top and pressed word. My fingers just started to write I had no beginning middle or end to what I was doing. Before I even realized what I was doing I had finished five pages, I can remember sitting there reading back what I had done. The more I wrote the less I wanted to stop, this was the time I really realized that being in the fantasy world was a far better experience to me than real life, I still feel this to this day.

6 books in the series, gritty, fast paced, Supernatural, Horror, Urban, Paranormal Love take your pick they come with all, Stream Liner of the Lost Souls the first in the series is on special at moment 0.99 cents or 0.77 pence.
I urge you to take a look at the official website www.streamlinerseries.co.uk There you will get a feel for exactly what you will be delving into.
Kind Regards Paul Leslie Griffiths

Where to find Paul Griffiths online 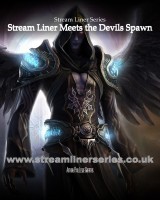 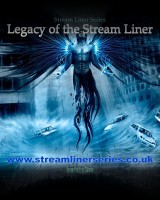 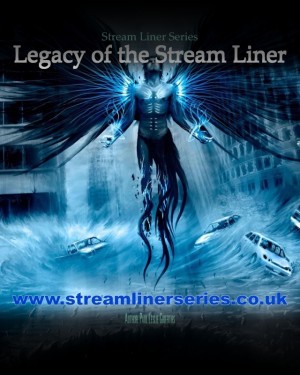 Legacy of the Stream Liner by Paul Griffiths
Series: Stream Liner, Book 3. Price: $4.99 USD. Words: 61,360. Language: English. Published: January 8, 2013. Categories: Fiction » Horror » General
In this third book of the Stream Liner Series: Aaron (Stream Liner offspring) is now an adult, in a world where he does not belong, struggling to see where he fits in his destruction has no bounds. Shannon falls foul to one of Aaron’s games with shocking consequences; this changes her life for all eternity.Although years have passed Shannon refuses to give up on finding her one and only love, lee. 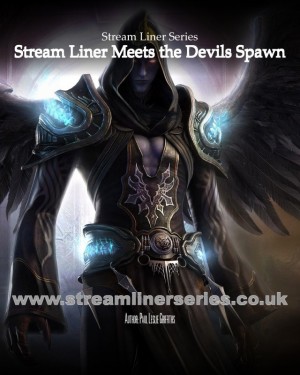 Stream Liner Meets the Devils Spawn by Paul Griffiths
Series: Stream Liner, Book 2. Price: $4.99 USD. Words: 98,200. Language: English. Published: January 8, 2013. Categories: Fiction » Horror » General
In this second part of the “Stream Liner” series Vanessa has left the town of Littleworth with out her beloved brother Lee. She would always have to be on her guard, living in fear with her new born baby “Aaron”. She knew he was special, so special in fact that his father “The Stream Liner” would watch over them and wait, soon it would be time to show his presence and re-claim his off spring. 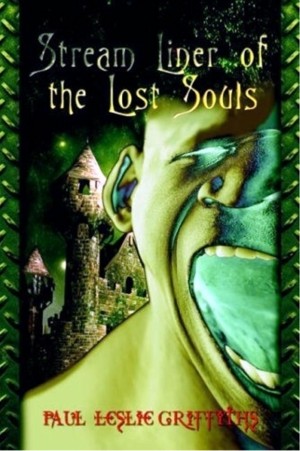 You have subscribed to alerts for Paul Griffiths.

You have been added to Paul Griffiths's favorite list.

You can also sign-up to receive email notifications whenever Paul Griffiths releases a new book.