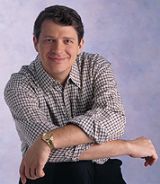 Robert Stuberg's complete bio can be found on his personal website: www.Stuberg.com.

Here is a summary:

Robert Stuberg is one of the world's leading authorities on personal and professional success. He is an entrepreneur, author, speaker, coach, and consultant. His results-driven strategies for achievement have earned him constant praise for his life's work. And his goal in life is simple: To help people reach more of their infinite potential for success by helping them to access and share what they do best.

Robert's rare gift is helping people to find and apply their Unique Talent -- i.e., the one thing that they are meant to do. Although many people spend their entire lives looking for their true purpose or calling, Robert can often help an individual discover his or her Unique Talent in one simple conversation.

Here is what Robert believes about finding your place in the world: "There is nothing more important in life than discovering your purpose -- i.e., that place in the world that only you can fill. I like to call this your Unique Talent. Don't rest until you find it."

Robert has spent his entire life studying and applying the laws of success. He has traveled the world and studied with some of the greatest minds in the personal development field to learn both ancient wisdom as well as cutting-edge technologies.

Robert has helped companies dramatically increase their sales, he has coached individuals to greater happiness and success, and he has created many best-selling programs that share his strategies.

Robert is deeply involved in the entire Success Industry. He is the Founder of Success.com, which from 1996 to 2007 was the premier source for personal and professional development products and services worldwide. In 2008, Robert struck a deal with Success Magazine to make Success.com a part of that publication which was originally founded way back in 1891 by Orison Swett Marden. Success Magazine has been led over the years by such renowned authors as Napoleon Hill, W. Clement Stone, and Og Mandino. Robert has contributed many articles and features to the magazine, and he continues to support the publication as it moves forward into its second 100 years of publication.

After merging Success.com with Success Magazine, Robert then launched a brand new personal development website called Success.bz which offers many new personal development products and services. The focus of Success.bz is coaching and developing a whole new generation of success experts. This latest website venture features Robert's ongoing Success Blog which contains many of his views of success as well as many ongoing features including Success Articles, Success Interviews, Success Newsletters, Success University and his widely popular and innovative web-based life management program called LifeOrganizer.

Robert's passion for success began at a very early age when he was introduced to the recordings of Earl Nightingale. Earl was a popular radio and TV personality who became a pioneer in the field of personal development. In fact, after a very successful career in broadcasting, Earl went on to co-found the Nightingale-Conant Corporation. From the moment Robert heard Earl Nightingale's classic recordings, he made the decision to devote his life to helping others become more successful.

One of Robert's early goals was to work with the company that Earl Nightingale started. And true to his goal, part of Robert's background includes more than a decade of working for Nightingale-Conant Corporation. He held numerous positions with the company including Executive Vice President before leaving to pursue his own entrepreneurial vision.

On a daily basis, Robert works with the greatest minds in the personal development field, including Anthony Robbins, Brian Tracy, Denis Waitley, Deepak Chopra, Ken Blanchard, Wayne Dyer, Jim Rohn, Barbara DeAngelis, Robert Allen and many others. Over the years, he has gained a rare insider's view of their important work of helping people make the most of their time, talents, and lives.

As an astute observer and student of personal development, he constantly monitors and reports on the latest programs and newest ideas that contribute to the advancement of human potential. His engaging style and depth of understanding of the human condition contribute to the growing popularity of his approach to and philosophy of personal achievement and success.

Robert Stuberg is the author of many best-selling books and audio programs including The 12 Life Secrets, Creating Your Ultimate Destiny, The 12 Wealth Secrets, Sell and Grow Rich, Time Mastery, Success Coaching, and Creating Internet Wealth.

Where to find Robert Stuberg online 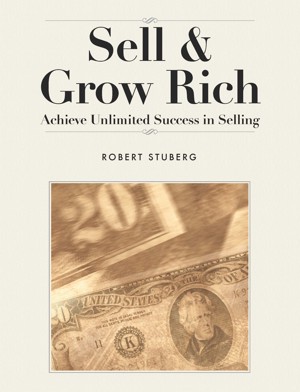 Selling is the world’s highest paid profession. Unfortunately, there are millions of salespeople that don’t make much money. How can that be? It’s simple really. Here are the two steps for failing in the world of sales: 1. Don’t learn the rules of selling. 2. Don’t practice the rules of selling. This book will give you the tools you need to "Sell and Grow Rich." 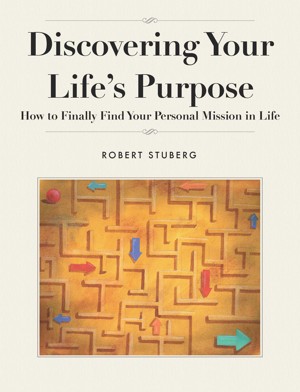 Now is your chance to stop searching for the purpose of your life and to start living it. In this small book, you will find the answers to discovering your life’s purpose. Read this book to the end and discover once and for all why you are here and what you are meant to do with your life. 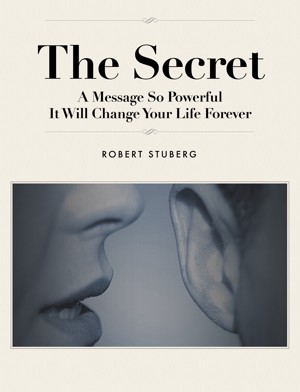 The Secret by Robert Stuberg
Price: Free! Words: 8,100. Language: English. Published: February 14, 2013. Categories: Nonfiction » Self-improvement » Personal Growth / Success, Nonfiction » Self-improvement » Personal Growth / General
What you are about to learn is arguably the most powerful idea in the world.  That’s a big statement but see if you don't agree by the end of this short book. Please give yourself an extraordinary gift by reading to this book as soon as possible . . . it's unbelievably life-changing. If you learn "The Secret," your life will never be the same again.

You have subscribed to alerts for Robert Stuberg.

You have been added to Robert Stuberg's favorite list.

You can also sign-up to receive email notifications whenever Robert Stuberg releases a new book.