At age 14, Susan Salguero witnessed Carmen Amaya’s flamenco fury. The experience inspired her to study Spanish cultural history at Cal-Berkeley, where she brought supplies to her activist friends and wondered why she lacked their conviction.

Upon graduation, she embarked for Europe and discovered that her quest was a defiant as theirs. But she protested through Flamenco, the audacious art of Spanish Gypsies. Years later, she returned to California to finish out her dancing career at the El Cid on Sunset Boulevard, the Matador on West Pico, the Santa Barbara Lobero Theatre, and to teach Flamenco for UCLA Extension.

After a life-altering three-year stay in an ashram in India, she became a bereavement counselor and writer. Her subjects are her experiences and insights, which she has published in local newspapers as editorials and as an ongoing column of over fifty articles on counseling issues.

Where to find Susan Salguero online 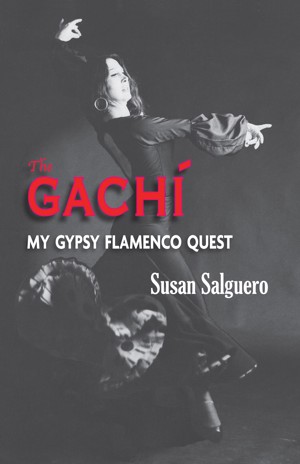 She wasn’t the only angry woman at U.C. Berkeley. Edgy but unaware of the reasons, she only knew she had to flee, that she couldn’t save the world until she had first saved herself. A passion for music delivered her to Spain, to Seville, a provincial city fertile with the cry of guitar. There, coveting gypsy power, driven to dance with wild audacity, she staked her life on Flamenco.

You have subscribed to alerts for Susan Salguero.

You have been added to Susan Salguero's favorite list.

You can also sign-up to receive email notifications whenever Susan Salguero releases a new book.