Author of 2 and a half books, a comic novella, a quarry of faerie tales, and poetry by the dozen, Fahren is owned by a white horse of wavering dispostion.

Contemporary Comic Novella, 'Towards a More Perfect Union: New Orleans Alliances,' placed in the Novella-in-Progress Short List of the 2010 Faulkner-Wisdom Literary competition. 'Drift of Tallow,'(finalist in same) and a number of Fahren's poems have been recently presented (four broadcasts) on Canadian radio read by Ken Cowle on his weekly program, Soul Asylum. 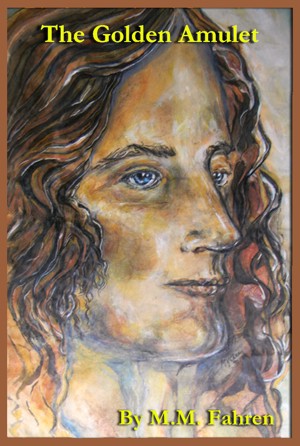 "a ragamuffin-like Minstrel sacrifices himself to save a Princess and is shunned by a King. Years of peace and prosperity follow but eventually darkness befalls the kingdom at the hands of a Dark Wizard. The Minstrel, who proves to be an eternally youthful wonder, returns, and …." Andy Potter review

You have subscribed to alerts for M. M. Fahren.

You have been added to M. M. Fahren's favorite list.

You can also sign-up to receive email notifications whenever M. M. Fahren releases a new book.