Tali is the three times winner of the Coventry Inspires Writing award.

When not writing fiction, Tali can occasionally be found writing reviews for www.rockhardreviews.com, and can be contacted through that website's social media pages.

Where to find Tali Hewitt online 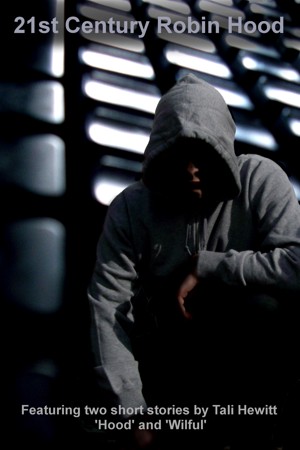 21st Century Robin Hood by Tali Hewitt
Price: Free! Words: 6,760. Language: English. Published: September 29, 2012. Categories: Fiction » Adventure » Action, Fiction » Science fiction » Short stories
When 21st century England darkens, when the rich and powerful oppress the masses, when ordinary British folk are made poor and powerless, once again the people need someone who can stand up and fight for those who have no voice. Set in the near future, advanced technology replaces bows and arrows as Hood's weapon to fight oppression, exploitation and injustice. And boy, is he fighting!

You have subscribed to alerts for Tali Hewitt.

You have been added to Tali Hewitt's favorite list.

You can also sign-up to receive email notifications whenever Tali Hewitt releases a new book.